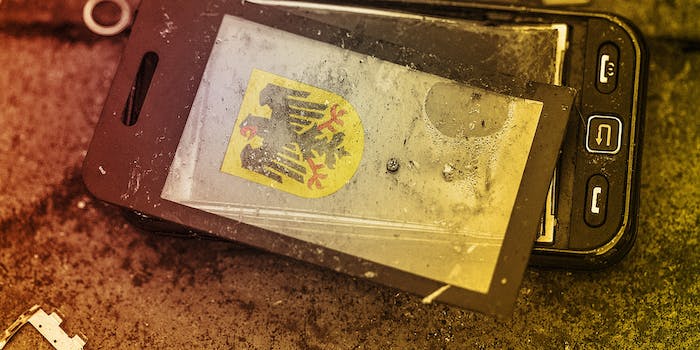 Does the chancellor of Germany actually conduct confidential state business on her personal cell phone? Of course not.

Since the Guardian published classified National Security Agency memos last week revealing how the U.S. government spied on German Chancellor Angela Merkel, Germany’s leaders have been in an uproar. But how much was their security really jeopardized?

According to the German newspaper Frankfurter Allgemeine Zeitung, not much. The phone Merkel actually uses for classified business is well beyond the reach of NSA surveillance.

As first pointed out by John Schindler, a national security affairs professor at the Naval War College, Merkel’s real phone is manufactured by a company called Secusmart. And according to Frankfurter Allgemeine Zeitung, it is capable of generating 340 sextillion different encryption keys.

In short, that means that even using state-of-the-art technology, it would take some 149 billion years to successfully hack it.

This, of course, is not actually surprising at all. The leader of Germany would not be using an easily tappable phone for confidential state business. So why did Merkel get so upset, releasing a statement that she had called the White House to tell President Barack Obama such spying was “completely unacceptable”?

Probably, because she had no choice. Of course the U.S. tries to spy on world leaders. No doubt, Germany spies on the U.S. as well. But when you air this information in public it must be responded to.

The story, from the beginning, has had a curiously distinct flavor from the rest of the NSA surveillance leaks. Whereas most have dealt with issues involving the privacy rights of private citizens, the Merkel story seems like a case of age-old spying. The pageantry around Merkel’s call to the White House and subsequent reaction stands as proof that the story simply didn’t have the weight or importance of so many of the domestic leaks.