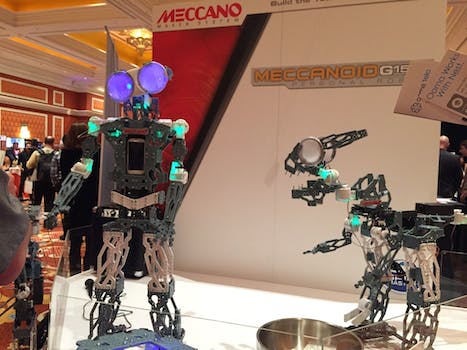 It's like Johnny Five and Wall-E come to life.

A pair of large, cute blue eyes stopped me in my tracks as I wandered through the convention center at the Consumer Electronics Show in Las Vegas this week. There stood a robot, about the size of a child, waving and speaking like a real live Johnny Five.

It was really only a matter of time before the beloved robot in the 1980s classic Short Circuit finally became a reality. Meccanoid G15 KS, the personal robot friend that stands just four feet tall debuted at CES this week, and not only is it the cute robot of our childhood imaginations, but it also teaches kids about programming and engineering.

The assembly kit is built around the “Mecca Brain,” which controls the robot’s movements. It can be programmed a variety of ways: through a mobile application, by manually moving its limbs, or through motion-capture technology called “LIM,” or Learned Intelligent Movement that mimics a user’s movements. 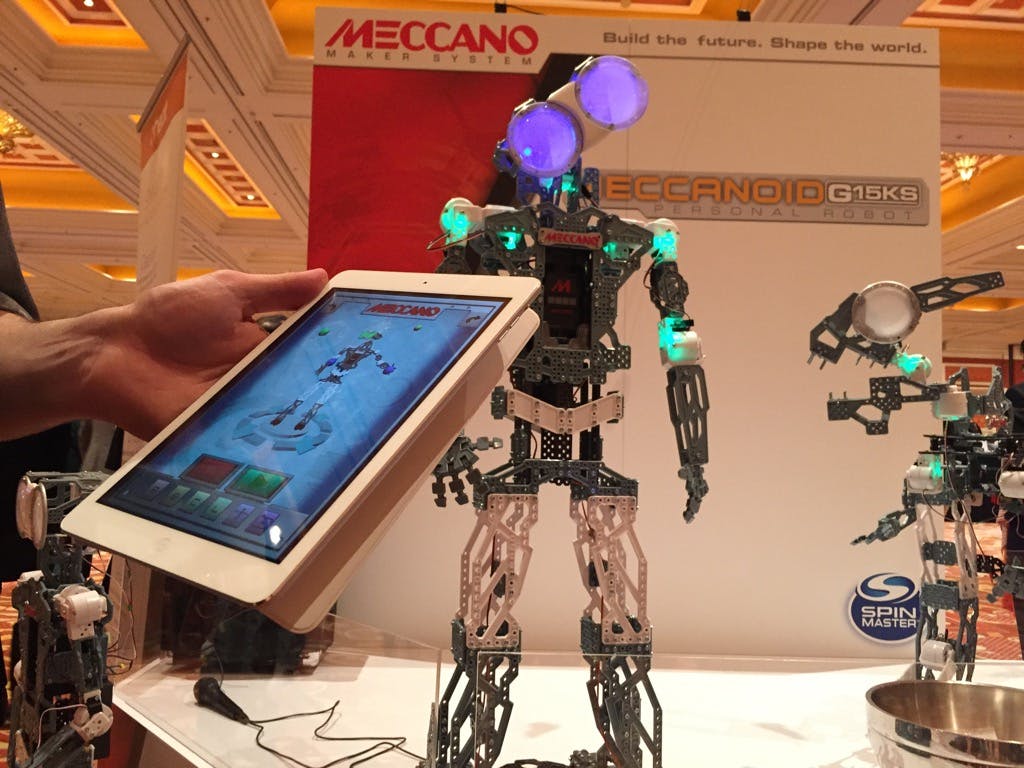 You can give it high fives, watch it roll around the living room, and have dance parties with your robot friend.

Meccanoid recognizes hundreds of voice commands, and can remember thousands of phrases like jokes or random facts. Its eyes have more than 500 color variations, and its battery lasts through long hours of play.

Some people might recognize the pieces that make up the Meccanoid robot—they’re Meccano sets, the same plastic pieces we’ve played with for decades that are sold as Erector Sets here in the U.S. And because the robot is made up of such pieces, it can be built into any number of other designs, including dinosaurs or insects. The possibilities are endless. 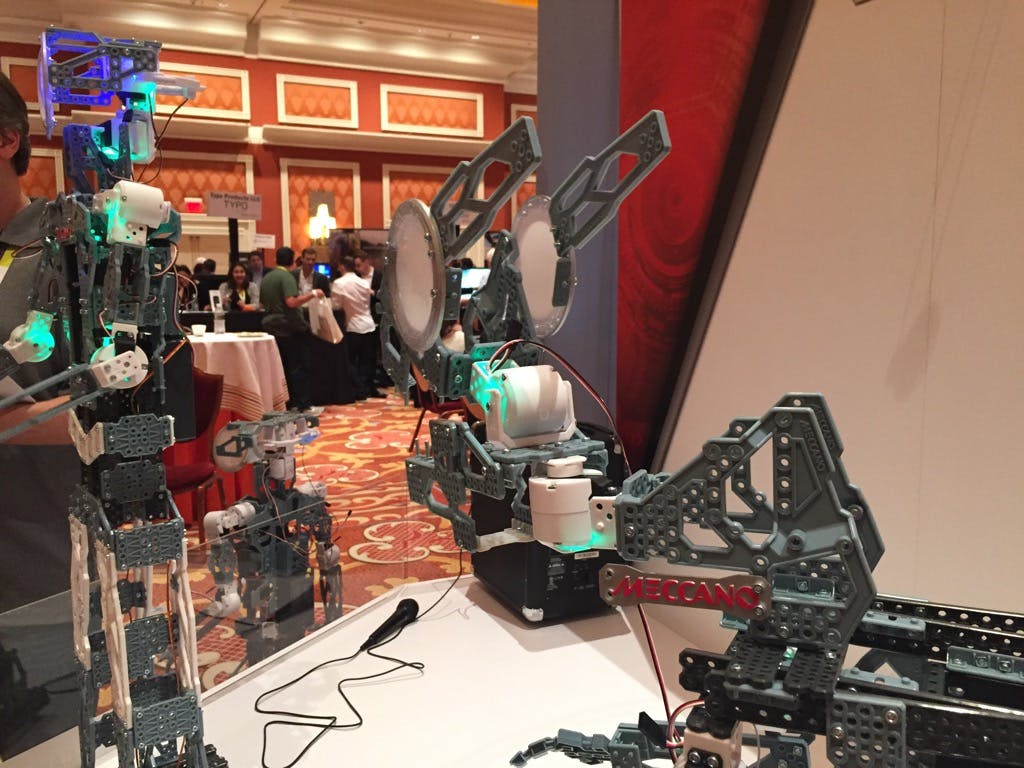 Because the toy was designed for kids, the company wanted to create something endearing that would engage children and get them interested in programming and robotics through play. Many of these types of toys are inherently gendered, so the company did extensive research into gender neutral colors. For instance, the previous version of the Meccanoid had more orange.

It’s a thoughtful move for a technology company, many of which so often release products that are obviously for men. Smartwatch manufacturers could learn a thing or two from this toy company.

Meccanoid is also entirely open source, so users who wants more advanced interaction can program it using any existing code.

The robot will be available later this year for $400.