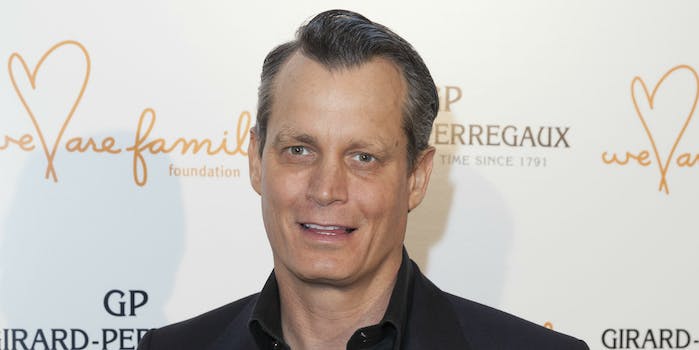 Matthew Mellon, cryptocurrency investor and heir to one of the most prosperous banking fortunes, has died prior to entering a rehab center in Mexico at age 54, according to multiple sources. His death was later confirmed by his cousin Peter Stephaich, who declined to provide details.

Mellon said he would be checking into rehab in 2016 shortly after announcing he and his second wife were going through a divorce. That same year, he admitted spending $100,000 a month on his addiction to OxyContin. Mellon claims to have taken 80 pills a day when he checked himself into the Passages treatment center in Malibu, California.

“[Using that much] is the death zone,” Mellon told Page Six at the time.

Mellon, a former chairman of the New York Republican Party’s finance committee, said he got hooked after a surfing injury when doctors prescribed OxyCotin “like they were Smarties.”

Mellon descended from two powerful banking firms. His father founded Mellon Bank, now part of BNY Mellon, while he was related on his mother’s side to Anthony Joseph Drexel, co-founder of Drexel Burnham Lambert, the now-defunct bank famous for pioneering junk bonds. Mellon inherited 13 trust funds starting with a $25 million allowance when he was 21 years old.

The prominent figure made his own fortune in recent years off cryptocurrency, investing in Ripple and its token XPR. Ripple is now the third largest cryptocurrency behind Bitcoin and Etherium, according to CoinMarketCap.

The cryptocurrency was cited in a statement released by a representative for the family.

“Matthew Mellon, 54, died suddenly in Cancun, Mexico, where he was attending a drug rehabilitation facility. Mellon made his fortune in cryptocurrency, turning a $2 million investment into $1 billion,” the statement said. “He is survived by his three children, Force, Olympia and Minty. The family asks that their privacy be respected at this very painful time.”

Mellon said his family, who thought he was “insane” because of his drug addiction, had tried to discourage him from investing in cryptocurrency. He did anyway, putting millions in Ripple, which he felt was one of few digital coins that tried to work within the existing banking systems. Mellow reportedly made close to $1 billion dollars off Ripple’s success, according to a Forbes profile of the richest people in cryptocurrency.

“Crypto is scary and dark. It’s anti-America,” Mellon told Forbes earlier this year. “I am pro-America, pro-business and pro-bank. That’s why I went with Ripple. It’s $1 billion virtually for free. I actually have earned it because I was the only person who was willing to raise his hand.”

Details about his death have not yet been confirmed.

Updated April 18, 2018, 3:25pm: A spokesperson for Clear Sky Recovery issued a statement to the Daily Dot claiming Mellon died at his hotel before his scheduled check-in at the rehab center that specializes in Ibogain treatment.

“Mr. Mellon was scheduled to check-in at Clear Sky Recovery on Monday April 16, 2018. We received word that he had died at his hotel on the morning of April 16th, prior to his scheduled check-in. We have no further comment regarding this unfortunate situation.”