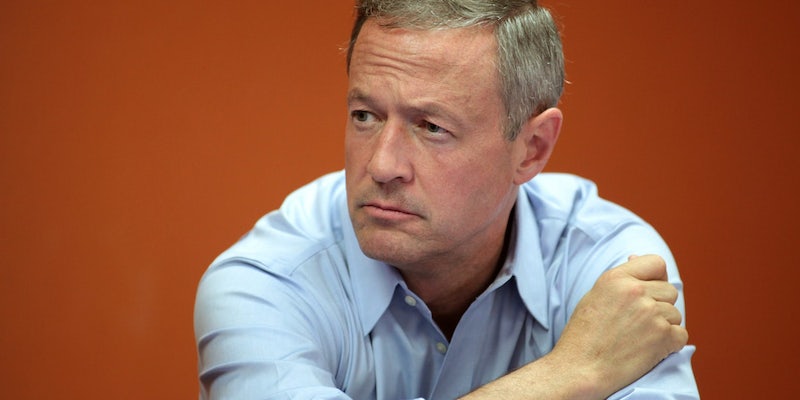 And then there were two.

As results streamed from the Iowa caucus showing a tight race on the Democratic side between former Secretary of State Hillary Clinton and Vermont Sen. Bernie Sanders, former Maryland Gov. Martin O’Malley, struggling to attract even a single percentage point of the total vote, announced the end of his campaign late Monday.

O’Malley, who served as the mayor of Baltimore prior to his eight years in the Maryland statehouse, began his campaign for the 2016 Democratic nomination positioned as the progressive alternative to the Clinton juggernaut. As governor, O’Malley legalized same-sex marriage, increased the minimum wage, and tightened gun-control rules.

However, as Sanders surged in the polls, O’Malley had difficulty building either name recognition or momentum. The vast majority of national polls taken immediately prior to O’Malley’s withdrawal from the race had him in low single digits. His campaign wasn’t even able to muster enough valid signatures to qualify for the primary ballot in Ohio.

“He never found a lane that really made any sense,” University of Virginia’s Center for Politics Director Larry Sabato told USA Today. “He never found an issue that propelled him forward.”