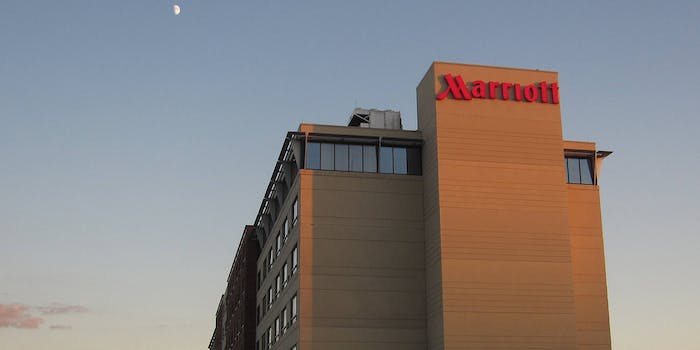 Marriott just learned not to mess with guests’ Internet connections.

The hotel giant is being fined $600,000 after the Federal Communications Commission (FCC) caught staffers at the Marriott-owned Gaylord Opryland Hotel and Convention Center in Nashville, Tenn., blocking mobile Wi-Fi hotspots to force guests to pay for an Internet connection. The hotel charged guests $250 to $1,000 for hotel-owned service to get online. There’s no word on how much the hotel actually profited from the scam.

The Wi-Fi blocking has been going on since 2012, when Marriott took over the center. The FCC first learned of the problem in March 2013, after a guest complained that he thought the hotel was ‘“jamming mobile hotspots so that you can’t use them in the convention space.”

The FCC publicly confirmed Friday that is exactly what’s happened. Marriott has admitted that “one or more employees used containment features of a Wi-Fi monitoring system to prevent consumers from connecting to the Internet via their own personal Wi-Fi networks,” according to the FCC.

The Communications Act of 1934, cited by the FCC in the case, says that “no person shall willfully or maliciously interfere with or cause interference to any radio communications of any station licensed or authorized by or under this chapter or operated by the United States Government.”

In addition to paying the fine to the U.S. Treasury, the $11 billion company will have to implement a compliance plan and submit periodic reports about their Wi-Fi systems.