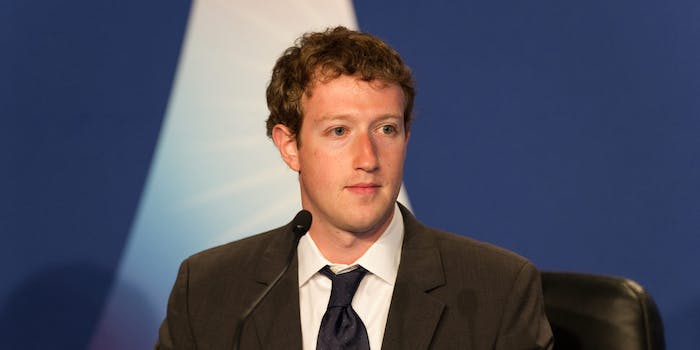 Mark Zuckerberg finally gets Harvard degree 12 years after dropping out

Mark Zuckerberg is making a triumphant return to Harvard.

Being a college dropout can make returning to your alma mater a potentially daunting prospect, but if you’re coming back with $400 billion in the bank, it’s probably a little easier. Mark Zuckerberg, easily the most successful dropout in Harvard history, will be returning to the campus he left in fall of 2005 to give this year’s commencement address. Along the way, he’ll pick up an honorary degree.

“Mark Zuckerberg’s leadership has profoundly altered the nature of social engagement worldwide. Few inventions in modern times can rival Facebook in its far-reaching impact on how people around the globe interact with one another,” said Harvard President Drew Faust. “And few individuals can rival Mark Zuckerberg in his drive to change our world through the innovative use of technology, as well as his commitment to advance science, enhance education, and expand opportunity through the pursuit of philanthropy.”

Zuckerberg was originally going to be a part of the class of 2006, but dropped out early to pursue a company then known as the Facebook. If you were wondering, it worked out for him. In 2010 Time magazine named him Person of the Year, and was listed by Forbes in 2016 has one of the World’s 10 Most Powerful People.

He will be giving Harvard’s 366th commencement speech. 2016’s speech was given by filmmaker Steven Spielberg.