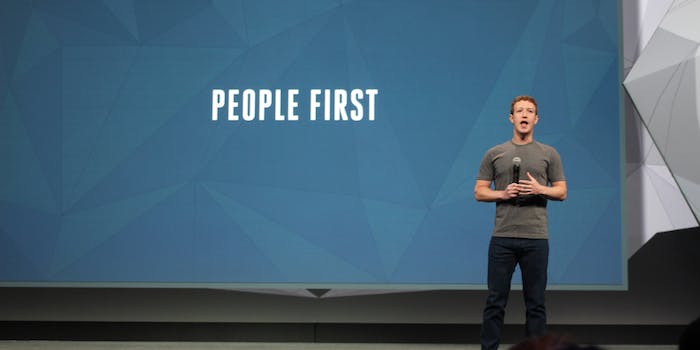 The Facebook founder and his wife give one of the largest donations to help fight the disease.

Facebook founder and CEO Mark Zuckerberg and his wife, Priscilla Chan, are donating $25 million to fight Ebola. The billionaire couple are donating the funds to the Center for Disease Control Foundation.

The 2014 Ebola outbreak has infected 8,400 people and claimed 4,000 lives, mainly in the West African countries of Sierra Leone, Liberia, and Guinea. The CDC estimates that 1.4 million people could be infected by January, if the disease keeps spreading without containment.

In a post on his Facebook page, Zuckerberg notes that the spread of Ebola is advancing too quickly, and the outbreak needs to be contained before it becomes “a long term global health crisis that we end up fighting for decades at large scale, like HIV or polio.”

Prompted by a commenter, Zuck elaborated on his reasons for donating. “One problem right now is that most people—including government leaders—don’t realize we’re at such a critical turning point,” he wrote. “It’s easy to say Ebola is still small compared to other diseases or that it’s mostly in other countries and won’t affect us, but if we don’t get this under control soon, then it will spread and become an epidemic we have to deal with for decades to come.”

Pretty surreal exchange between Zuckerberg and someone else after he announces a $25M grant to CDC. (h/t @yahel) pic.twitter.com/ojoMAtmOQS

“Grants like this directly help the frontline responders in their heroic work,” Zuckerberg wrote. “These people are on the ground setting up care centers, training local staff, identifying Ebola cases and much more. We are hopeful this will help save lives and get this outbreak under control.”

To learn more about the Ebola outbreak, or to donate and help fight the deadly disease, visit, cdcfoundation.org.