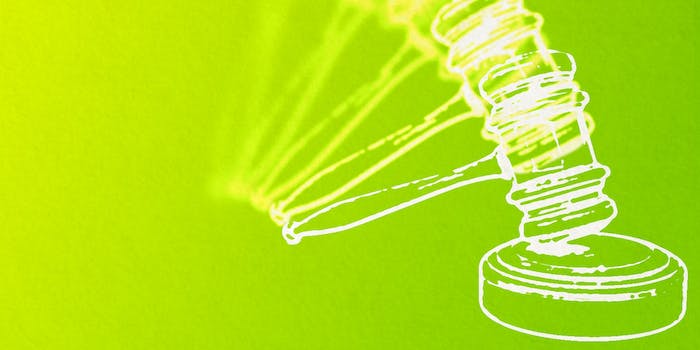 Why weed won the election

More than 17.5 million Americans will soon be able to smoke pot for fun. Here's how we got there.

Marijuana won big at the polls Tuesday night. Once all the referendums go into effect, more than 17.5 million U.S. citizens  legally able to smoke pot just for fun. So, how did the drug formerly known as the devil’s weed become the legal weed?

Americans have been smoking marijuana since before the United States became an independent country. Then, thanks largely to racist propaganda, the 20th century saw the drug demonized, criminalized, and mythologized to the point where millions of arrests result in billions of dollars spent every single year.

Three times as many people are arrested for marijuana offenses as compared to cocaine and heroin, a truth that falls especially hard on black males who are on the receiving end of this gross miscarriage of justice.

Anti-weed sentiment and propaganda grew so absurd during the last century that movies like Reefer Madness—the film called pot a “deadly menace” and depicted a wave of weed-inspired murders and mental breakdowns—are now cult classics that many laughing smokers watch in amazement.

On Tuesday, pot went to the polls once again to ride a shift in public opinion so vast and rapid it has few if any parallels in American history.

Washington, D.C., Alaska, and Oregon legalized the drug Tuesday night, bring the U.S. total to four states plus the nation’s capital. Florida voters narrowly defeated a medical marijuana ballot initiative but most Floridians actually voted on the pro-weed side—58 percent of Floridians voted for the medical marijuana amendment, but 60 percent were required to pass. Although that’s a temporary setback for advocates, the numbers bode well for the future of legal marijuana.

The 2014 marijuana votes follow the legalization of the drug in Colorado and Washington in 2012, not to mention decades of slow but sure decriminalization across the country.

In the 1950s, a first time marijuana possession offense meant a minimum of two to ten years in prison plus a massive fine.

Today, 75 percent of Americans believe federal legalization of cannabis is inevitable and 58 percent are happy to hear it. Both of those numbers are growing fast.

How did we get from a country that put small time marijuana smokers in prison for a decade or more—actually, we still do in some severely backwards states— to being completely unsurprised about the seemingly imminent national legalization of the drug?

Throughout history, American law has been downright schizophrenic about pot.

When marijuana smoke began rising in the U.S., the plant was legal. In the 19th century, Americans adopted the drug for recreational and medicinal purposes. It was sold over-the-counter as a remedy for ailments like migraines, nausea, and rheumatism—some of the exact same medical uses the plant sees today.

The country’s attitude toward the drug changed drastically in the early 1900s when an influx of Mexican immigrant laborers, many of whom used pot recreationally, moved into the United States for work following the Mexican Revolution of 1910.

Once the Great Depression hit, virulent racism against the immigrants—who, besides speaking a different language and coming from a different culture, also competed against white Americans for jobs—helped alter the public perception of marijuana radically from generally positive to criminal, violent, and dangerous to mental health.

The message sold to white Americans was simple: Mexicans and blacks, the underclass criminals stealing your jobs, use marijuana. Sexual deviants use marijuana. Asians smoke. The mentally ill smoke. Marijuana was painted as a vice of the mysterious and dangerous others.

When a 19-year-old Florida boy named Victor Licata murdered his family in 1933 while allegedly under the influence of pot, Anslinger made sure the horrible incident was mentioned graphically hundreds of times in countless newspapers, movies, speeches, magazines, reports, books, hearings, Congressional sessions, and almost anywhere the topic of pot came up for the rest of the decade.

“It was an unprovoked crime some years ago which brought the first realization that the age-old drug had gained a foothold in America,” Anslinger wrote in The American Magazine in 1937. “An entire family was murdered by a youthful addict in Florida. When officers arrived at the home they found the youth staggering about in a human slaughterhouse.”

The police, who knew the boy, looked for a reason this previously sane person was now “pitifully crazed,” Anslinger explained. “The boy said he had been in the habit of smoking something which youthful friends called ‘muggles,’ a childish name for marijuana.”

It is no coincidence that Americans’ attitudes towards pot finally began to turn around in the 1960s, as the civil rights movement gained traction. For a significant portion of the country, particularly countercultural liberals, racist scaremongering ceased to be an effective tool when it came to anti-marijuana campaigning.

If America’s ban on marijuana is rooted in racism, the drug’s American resurgence can in large part part be credited to the vast  advances the country has made on the issue of race.

Except during a major dip after the launch of the racially charged war on drugs in the 1980s, public support for pot legalization has been climbing since the 1960s. The spreading use of the drug forced even Anslinger to step away from the idea that marijuana induced murderous insanity. Other ominous anti-pot ideas came into play next, most prominently the idea that pot is a gateway drug, a direct track to heroin and other more harmful substances.

The gateway drug theory is nonsensical upon any real examination but proved convincing enough on its face to an otherwise ignorant American public that it was a useful anti-marijuana tool for decades.

A modern American public, much more educated about the effects of marijuana, is not so easily deceived. Nearly half of Americans say they’ve tried pot. Moreover, everyone knows someone who smokes and they’re often not doing heroin, too.

Today, the majority of Americans believe that, not only is marijuana obviously hugely different and separate from the likes of heroin, it’s also significantly less harmful than a legal drug like alcohol.

Research on the drug was extremely limited during much of the 20th century. However, as the war on drugs waned and laws relaxed, pot’s many positive medical applications became clearer, and the limited but significant negative side effects seemed much more acceptable and reasonable to the public than any of the insanity-murder myths of the Reefer Madness days.

Eighty five percent of Americans now believe adults should be allowed to use cannabis for medical purposes, according to a 2013 Fox News poll.

The results of the war on drugs fueled in large part by a surreal hostility toward marijuana have been tangibly disastrous as well. The horribly overcrowded and expensive prison system is proof positive that anti-marijuana laws are an enormous and unnecessary burden on minority communities across the United States. In 49 out of 50 states (Hawaii excepted), black people, especially black men, are several times more likely than their white counterparts to be arrested for using marijuana, despite similar rates of use.

The story of America’s legalization of marijuana is one that hinges on race. And now that we’re gradually legalizing it and white men are making millions off of a burgeoning industry, more focus on legalization movement should be given to the largely black population that is still enduring long prison terms for crimes that might have earned them a traffic ticket-sized fine today and could be completely legal tomorrow.

State by state, attitudes and laws on weed are changing at increasing rates.

As the United States public continues to shed the myths about the “marijuana menace,” it seems inevitable that Tuesday’s election victories are yet another stepping stone toward a nationwide federal lifting of the ban against marijuana.

Image via StockMonkeys.com/Wikimedia Commons (CC BY 2.0) | Remix by Max Fleishman