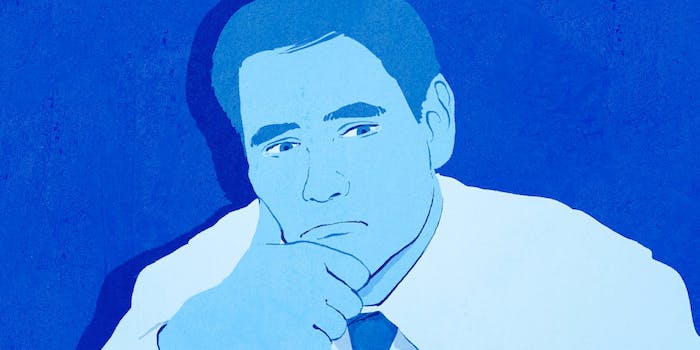 Marco Rubio, the Republican establishment’s favorite son, suspended his presidential campaign on Tuesday night after failing to beat Donald Trump in his home state of Florida.

Rubio told supporters at his campaign quarters in Miami that “it is not God’s plan that I be president in 2016, or maybe ever,” and that “today my campaign is suspended.”

Trump beat Rubio 46 percent to 27 percent in the Sunshine State, where the junior senator had invested heavily in a last-ditch attempt to slow Trump’s advance and demonstrate his own viability.

After 31 Republican contests, Rubio only won one state, Minnesota, and one overseas territory, Puerto Rico.

When the primary season kicked off, many veteran GOP advisers and consultants expected the contest to come down to establishment figures like Rubio, former Florida Gov. Jeb Bush, and Wisconsin Gov. Scott Walker. Pundits consistently labeled Rubio, the 44-year-old son of Cuban immigrants, the party’s likely frontrunner. But Trump’s unexpected and unstoppable rise to the top of the field quickly shut out those more conventional candidates.

In short order, Walker, Bush, and other current and former governors and senators left the race. For several brutal weeks, Rubio alone carried the establishment banner.

In an attempt to fight fire with fire, Rubio abandoned his policy-focused, above-the-fray image and began hurling vulgar, childish attacks at Trump—suggesting, for example, that he had a small penis.

Last Wednesday, with his campaign all but finished, Rubio said that he regretted getting into the mud with Trump. “My kids were embarrassed by it,” he said. “If I had to do it again, I wouldn’t.”

Tuesday’s results cemented the anti-establishment path of the Republican primary. Although Ohio Gov. John Kasich won his home state, he trails badly in total delegates. Rubio’s exit left Texas Sen. Ted Cruz, arguably the Senate’s most hated member, as Trump’s only real opposition—all but ensuring that the Republican nominee for president will be the most polarizing candidate since Barry Goldwater.