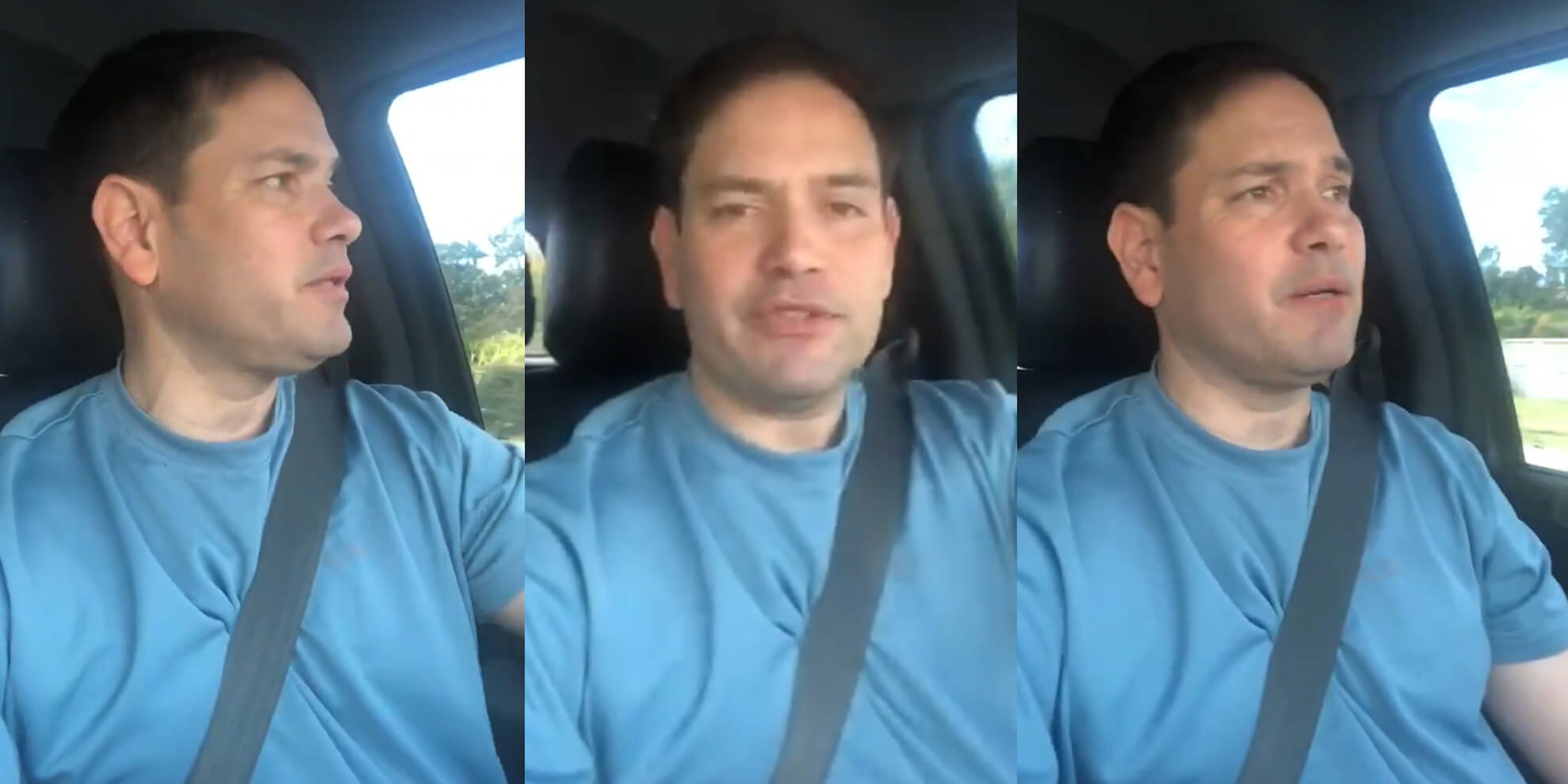 Sen. Marco Rubio (R-Fla.) decided to voice his opinion about the state of the 2020 Democratic presidential nomination process by taking a video of himself talking about politics while driving his car.

The gist of Rubio’s car selfie rant? He isn’t cool with Sen. Bernie Sanders (I-Vt.) currently being in the lead after three Democratic primaries.

“The bottom line is, unless the Democratic establishment steals it from him, Bernie Sanders, a Democratic socialist, is going to be the Democratic nominee for president, and that’s a really big deal,” Rubio said, as he makes a turn in his car.

Rubio then listed a number of “freedoms” like choosing your own doctor, making healthcare decisions, and school choice.

Business Insider notes that Rubio’s car-selfie gimmick may actually violate a new law passed by Florida that went into effect this year that allows police officers to pull people over if they are holding a cell phone. It depends on when exactly he uploaded the video.

Regardless, a lot of people mocked Rubio’s car-selfie punditry.

It’s clear that Sanders rising to the front runner status of the 2020 Democratic presidential nomination process has solidified what will become the major Republican attack moving forward: socialism.

It’s unclear if attacking Sanders in a T-shirt while driving your car will be the preferred way of spreading that message.