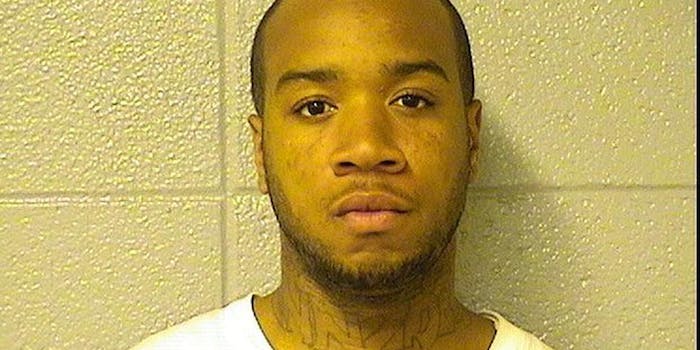 Good news: a criminal is off the streets. Bad news: we live in Minority Report now.

All of that hand-wringing about living in a Minority Report-esque state turns out to be well-founded. This week, a criminal was convicted using face recognition technology for the first time in Chicago.

A 35-year-old man, Pierre D. Martin, was arrested for robbing two men at gunpoint last year. His image on the surveillance camera was matched against mugshots in the police department’s massive database. His photo came back as the number one match.

According to Vocativ, Chicago police used a product called NeoFace for these purposes. NeoFace touts itself as a superior “accurate non-contact solution used around the world for immigration and border control.” It’s being used by police departments, obviously, and NeoFace mentions on its site that images in its system can be archived and used at a later date to identify suspects.

As always, this conviction brings up more than just the most recent case use of the technology: It surfaces the overwhelming potential of these products on a larger scale. Martin has been convicted of crimes before and according to all the evidence, belongs behind bars. But of course that’s the problem: His past rap sheet and the results from NeoFace appear to be what sent him to prison.

There’s still deserved distrust of face recognition services. How many times has Facebook thought the potted plant in your photo was your sister? Obviously something like NeoFace is many times more accurate than Facebook (which, in its defense, is getting smarter and smarter when it comes to correctly matching faces to people), but even then, mistakes can be made. Surveillance footage is usually terrible quality, and the fail rate of matching faces is worrisome. As recently as last year, the FBI’s own system could return an incorrect identification 20 percent of the time.

These concerns echo issues with DNA matching in criminal cases. It’s a largely accepted practice now, but there have been and continue to be criticisms of its inaccuracy and the fact that many believe it to be infallible. People have gone to jail over bad DNA matches. Since its inception, DNA matching has made progress, as face recognition technology also will, but a healthy dose of skepticism and caution should be required as we move forward.

And really, we’re moving into an era of reliability on products like NeoFace very quickly. Expect to see more convictions made thanks to such services. Hopefully, all of these sentences are made with 100 percent accuracy, but in the early days of any technology, you must expect a glitch in the system.