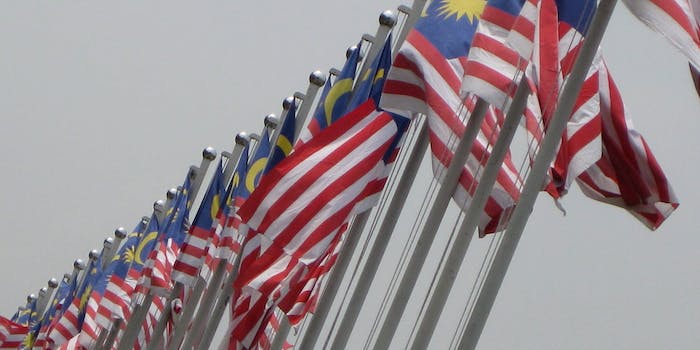 The hacker, Ardit Ferizi, is accused of stealing information about more than 100,000 Americans.

Malaysian police have arrested an alleged hacker and accused him of helping the terrorist group Islamic State.

The FBI has accused Ardit Ferizi, known online as Th3Dir3ctorY, of leading the hacking group Kosova Hacker’s Security—which calls itself “Albania’s largest hacking group”— and helping ISIS publish the names and personal information of U.S. military personnel in September. Distributing that information online, along with instructions to attack those personnel, is a common ISIS tactic.

The Justice Department’s criminal complaint alleges that KHS hacked a retail server physically located in Arizona this summer, that the breach affected roughly 100,000 customers, and that Ferizi narrowed the information down to 1,351 people affiliated with the U.S. military.

Th3Dir3ctorY did tweet screenshots of names, birthdays, and phone numbers numbers to ISIS-affiliated accounts. He also included some credit card numbers, the FBI said, prompting American authorities to charge him not just with violating the Computer Fraud and Abuse Act (CFAA) but also with additional charges of providing material support to a terrorist group.

The government’s charges clarify more details about the fate of hacker Junaid Hussain, formerly one of ISIS’s loudest English-speaking voices online. Hussain, also known as both Abu Hussain al-Britani and TriCk, tweeted some of the military information that Ferizi stole, seemingly based on his own hacking.

Hussain was reportedly killed in a drone strike a few weeks later. At the time, the Department of Defense refused to comment on Hussain specifically, only confirming that there had been strikes in Raqqa, Syria, the de facto ISIS capital, where Hussain was believed to be located.

The Justice Department’s complaint says that Hussain was “killed by an airstrike” in Raqqa, though it does not confirm that a U.S. drone carried out the strike.

Photo via David Ashford/Flickr (CC BY 2.0)