Rappers tend not to mince words.

This morning, a rapper past his prime and a politician who never had one were the subject of a contrived photo op at the Georgia State Capitol.

Ludacris was there to receive accolades for his charity work with the Ludacris Foundation, an education-focused community group, and autograph some pictures of himself; Jeb Bush is a likely 2016 candidate for president, so he has to be seen looking halfway relevant at times, which is something he struggles with.

Bush—increasingly desperate to read as moderate and not a sexless, surveillance-loving, anti–net neutrality goon—was eager to play the “I have a black friend” card. Does it matter that he’s making a face like he’s worried Luda might pick his pocket? Whatever! Rock the vote!

Never thought @Ludacris would be my opening act! His foundation does great work pic.twitter.com/RsF00SQgOw

In the small talk that followed, some genius hit Ludacris (who years ago blasted Jeb’s actually-was-president brother in “Slap”) with an alley-oop for the ages.

As he is leaving statehouse, Ludacris is asked which Bush is his favorite. His response: "The one outside." #gapol pic.twitter.com/7tCh12qiOc

Can you blame the guy? Those are some fine-looking bushes on the capitol lawn. 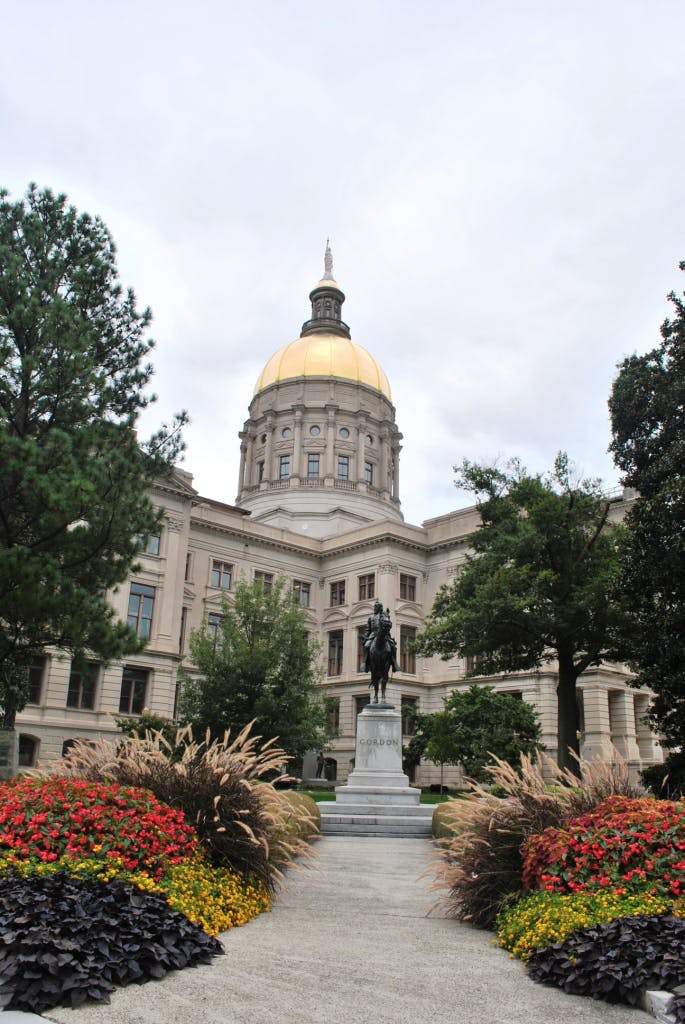 Anyway, be sure to check back in on this feud six months down the road, when Ludacris has to sue Bush for playing “Move Bitch” at a campaign rally without securing the rights.