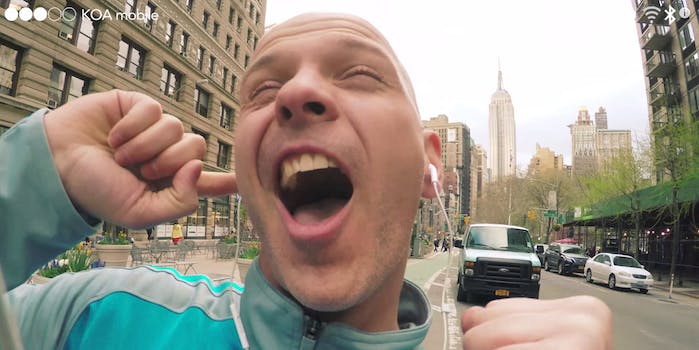 ‘Look at Your Phone’ is the smartphone rap anthem we deserve

We all already know that we spend too much time on our smartphones, and our app-obsessed culture has long been a subject of ridicule, but sometimes it takes a comedic angle to really show you how absurd things have become.

Look at Your Phone by Key of Awesome perfectly skewers everything about our fixation with our touchscreens—and it’s a pretty catchy rap parody to boot.

The scariest thing about the video is that every single part of the over-the-top phone-toting character will probably remind you of someone you know.

Someone who looks up even the most obscure facts on Wikipedia, just to prove he’s right? Yep.

The guy who can’t stop checking up on his Clash of Clans base? Yeah, there are lots of those.

The “friend” who stares more at their phone than the person they’re actually talking to? Spot on.

The only thing left to wonder is where he got that awesome smartphone track jacket.