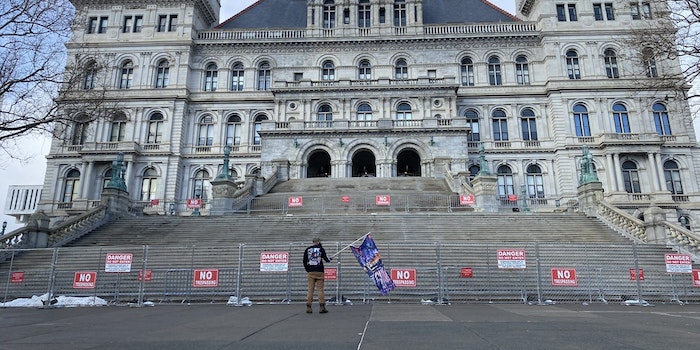 After driving 45 minutes, Mark Leggiero was disappointed to find that no one else showed up.

A lone supporter of former President Donald Trump was spotted outside of the New York State Capitol on Wednesday protesting the inauguration of President Joe Biden.