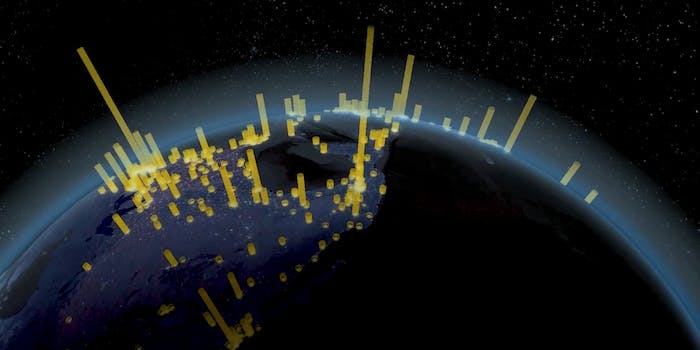 Hundreds of millions of cell phone users are affected.

The U.S. military is purchasing location data from across the globe harvested from the phones of millions of people.

The revelation, first reported by Motherboard on Monday, shows how hundreds of popular apps are quietly gathering data on their users’ whereabouts before selling the information to the highest bidder.

The data, primarily collected by two companies—Babel Street and X-Mode—is obtained thanks to code embedded in a wide-range of popular apps.

Many of the apps analyzed were related to the religion of Islam, an unsurprising find given the U.S. military’s interest in the data.

One of the more popular apps among the group includes a Muslim prayer app, Muslim Pro, that has been downloaded by more than 98 million people worldwide. A Muslim dating app and even an app for Craigslist were among those siphoning off user data.

Motherboard stressed that “even if a user examines an app’s privacy policy, they may not ultimately realize how many different industries, companies, or government agencies are buying some of their most sensitive data.”

The issue raises serious concerns over the privacy rights of millions of people.

Although location data companies claim that such data is “anonymized,” a former Babel Street employee told Motherboard that the company “could absolutely deanonymize a person.”

In a statement to Motherboard, Navy Cmdr. Tim Hawkins, a U.S. Special Operations Command spokesperson, pushed back on concerns over privacy rights.

“Our access to the software is used to support Special Operations Forces mission requirements overseas,” Hawkins said. “We strictly adhere to established procedures and policies for protecting the privacy, civil liberties, constitutional and legal rights of American citizens.”

Neither of the two companies mentions on their websites that a user’s location data could hand up in the hands of the U.S. military or private intelligence and military contractors.

Other apps mentioned in the report include a step counter known as “Accupedo” as well as the extreme weather tracker “Global Storms.”