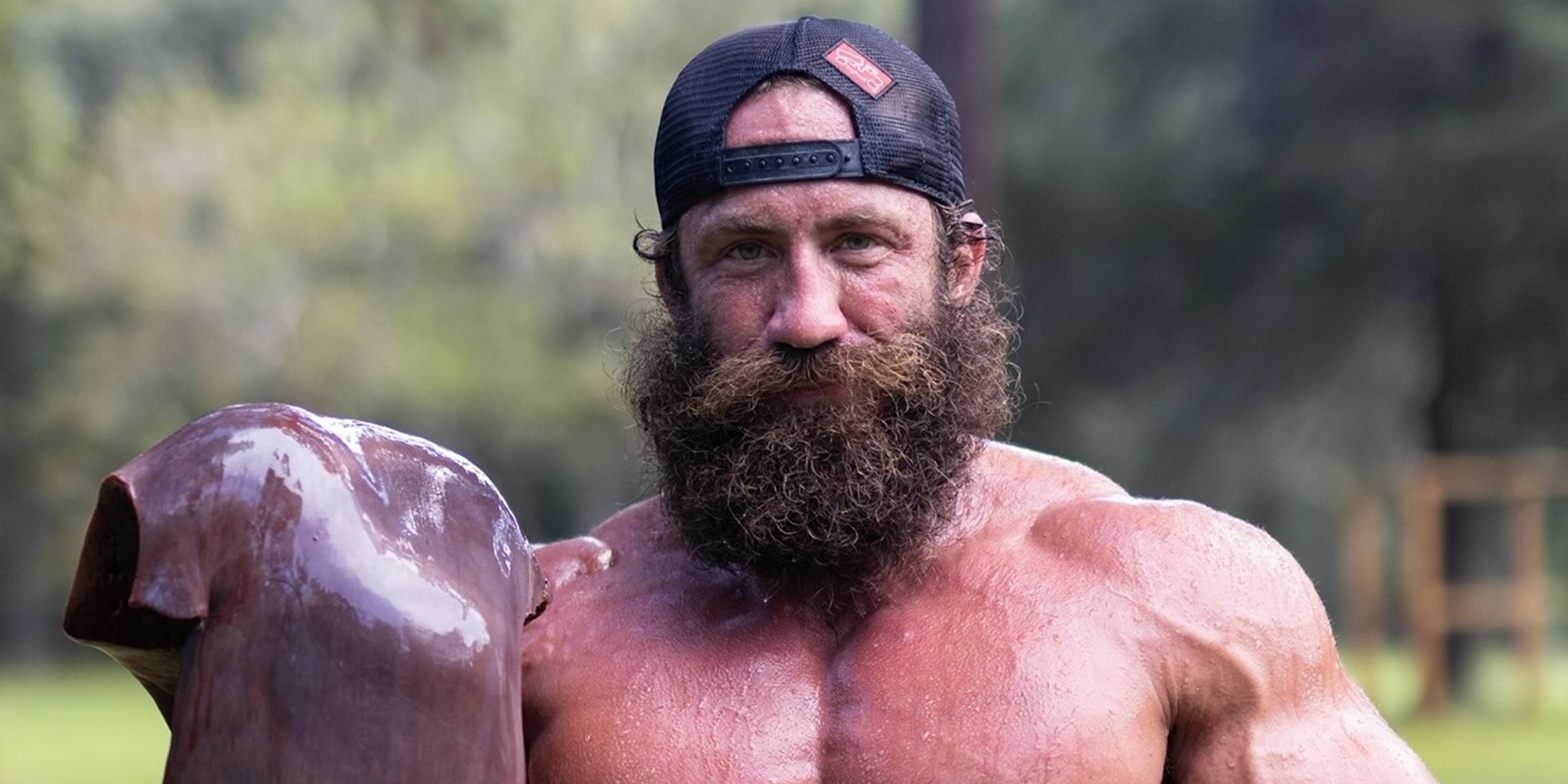 'In a weird way, I'm grateful for the recent events that have shed light on this complicated-as-f*ck topic.'

Johnson has become a viral sensation over the past year for championing what he calls the “ancestral lifestyle,” which involves, among other things, eating raw animal organs such as liver and testicles.

Often comparing himself to a modern caveman, Johnson, who boasts more than 1.7 million followers on Instagram, has long claimed to be an all-natural bodybuilder despite his eyebrow-raising physique. Johnson has used that claim to help promote his line of “Ancestral Supplements.”

On Tuesday, however, the popular YouTube channel “More Plates More Dates,” which regularly discusses anabolic steroids, showcased what were alleged to be leaked emails, blood test results, and a list of PEDs used by Johnson in 2021.

Johnson responded to the allegations by not responding at all and has continued to upload videos of himself eating animal organs and preaching primal living.

Yet in response to an email from the Daily Dot on Wednesday, Johnson vaguely referenced the ongoing scandal when asked whether the accusations were legitimate.

After discussing his primary goal of transforming young men who are “lost, weak and submissive,” Johnson stated that he was thankful for “recent events.”

“In a weird way, I’m grateful for the recent events that have shed light on this complicated-as-fuck topic,” he wrote.

Johnson went on to request a “big mainstream, long-form podcast” to “openly discuss this opportunity — to be better.”

He also pledged to “to tell all” if someone gave him the audience.

The response did not address the authenticity of the emails or the steroid accusations. Johnson made similar comments on an Instagram story late Tuesday in which he appeared to reference the More Plates More Dates YouTube channel.

“I couldn’t be more grateful for some of the guys sitting on the couch making reaction videos, surfacing new information that’s going to lead to some god-damn good discussions,” he said.

Despite the apparent attempts to skirt around the scandal, followers of Johnson have bombarded his social media posts with criticisms.

“So you’re just not gonna talk about the decca you’ve been slamming?” one user wrote, referencing the nickname for the anabolic steroid Nandrolone.

“Hey Liver King why did you lie to all your fans saying you’re natural when you actually aren’t?” another asked.

Whether the scandal will have any effect on Johnson’s popularity or revenue stream remains to be seen.