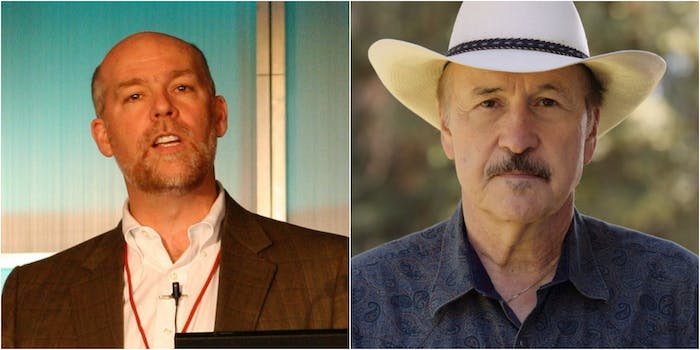 What do you get when you mix an assault charge with a special election for a congressional seat? Thursday in Montana.

The special election between Greg Gianforte and Rob Quist was never supposed to be such a big deal.

As you may know by now, that all changed when one of the candidates for Montana’s at-large congressional seat got slapped with an assault charge for allegedly body-slamming a reporter hours before the polls opened.

Gianforte, a Republican, rocketed into that national consciousness Wednesday evening after he allegedly attacked Ben Jacobs, a reporter for the Guardian, who was asking the candidate a question about the Republican healthcare bill when the confrontation occurred.

Polls opened at 7am local time the following morning, just as all hell broke loose in the national media.

Gianforte’s confrontation with Jacobs has thrown a surprisingly close race in a solidly red state into disarray, with Gianforte still expected to win despite the real possibility of an upset due to a newly energized Democratic electorate.

Here is a brief rundown about the race between Gianforte and Quist, what to watch for as the results come in starting at 8pm MT/10pm ET, and a live tally of the results courtesy of Decision Desk HQ. (Some browsers may need to refresh for the latest results to appear.) Update: Results are now final, with Gianforte winning with 50.2 percent of the vote.

This is a special election to replace former Rep. Ryan Zinke, who now serves as interior secretary. The Thursday part is just weird.

Well, the fact that one of the candidates stands accused of assaulting a reporter one day before election day has raised everyone’s curiosity just because it’s such a strange and contentious situation. Beyond that, it’s simply another tangible scenario that wonks hope will shed light on the trajectory of politics in America ahead of the 2018 midterm and 2020 presidential elections.

Who is Greg Gianforte?

A millionaire technology entrepreneur, 56-year-old Gianforte has never held public office, although he did launch an unsuccessful bid for governor of Montana in 2016. He is supported by President Donald Trump, and both Vice President Mike Pence and Donald Trump Jr., the president’s son, campaigned for him. He is known for believing in creationism.

Originally from New Jersey, Gianforte sold his software business, RightNow Technologies—a company he started for $5,000—to Oracle for approximately $1.5 billion. He has vowed to use his business acumen to improve Montana’s economy and create jobs.

Who is Rob Quist?

A 69-year-old singer-songwriter, Quist is known for his cowboy looks and progressive politics. The Democratic candidate has put an emphasis on policies that favor small businesses and rural voters in Montana, as well as environmental protections in the wilderness-rich state. Quist has also been an outspoken supporter of the Affordable Care Act, or Obamacare, which Republicans like Gianforte have condemned as a disaster for Americans.

Yes, Libertarian candidate Mark Wicks, whose primary priority is reducing government spending. Overall, Wicks is more conservative than liberal on many issues, but he’s not expected to draw a large portion of the vote. Still, it could make the difference if the race between Gianforte and Quist is close.

Despite that body-slamming business, the smart money remains on Gianforte for a number of reasons. Montana is a very red state that gave Trump a 20-point victory over Democrat Hillary Clinton in the 2016 election. In fact, Montana—which only has one at-large congressional seat due to its low population—has not elected a Democrat to the House since 1994. Gianforte led narrowly in the polls leading up to Thursday’s vote. More than half of all the expected ballots were cast early via mail (a factor some believe favors Democrats), meaning voters chose their candidate before Gianforte was charged with assault.

Gianforte’s body-slam scandal has brought national attention to the race, resulting in continual coverage on national television, talk radio, as well as countless articles, videos, and social media posts online. Not to mention the fact that three major Montana newspapers pulled their endorsements for Gianforte. If the race was already close, all that bad press may be enough to get Democratic voters out to the polls to give Quist a victory. This possibility is increased by the fact that Montana allows same-day voter registration (with a form of identification), allowing people who might not have otherwise voted to register anytime before the polls close at 8pm local time.

Polls close at 8pm MT but will remain open until those in line have voted. That means results will start coming in around 10pm ET. Depending on turnout, it may be hours before the race is called. (If you’re on the East Coast, it could be the middle of the night.) In the meantime, watch for results out of Yellowstone County, where Billings is located, as well as Cascade County. If Quist falls substantially behind in those counties, you may want to call it a night.

Correction: The Montana special election is to replace Interior Secretary Ryan Zinke, who left in March.