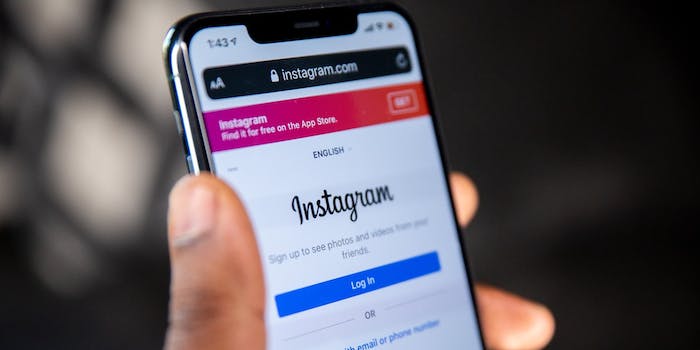 Lawsuit alleges Instagram is using your camera without your permission

Filed in federal court in San Francisco on Thursday, the suit stems from reports last July that claimed Instagram users on the iPhone were purposely spied upon.

Users at the time began receiving notifications that their cameras were being accessed while scrolling through the app. Instagram users specifically stated that the green FaceTime symbol would appear at the top of their phone while using the photo-sharing app.

Facebook has come out and denied the allegations, blaming the alerts on a bug that has since been fixed.

The tech company stressed that the notifications were false positives and that users’ cameras were not accessed without their permission at any point.

But the plaintiff, New Jersey Instagram user Brittany Conditi, believes the issue was no accident.

The lawsuit argues, according to Bloomberg, that Instagram was able to obtain “valuable insights and market research” by taking users’ “extremely private and intimate personal data.”

The complaint is just one of many regarding the tech company and allegations of intrusive behavior.

Facebook just last July offered to pay $650 million to settle a lawsuit that accused the company of illegally collecting millions of users’ biometric data without their consent.

A similar incident unfolded last November when Facebook users who accessed the app on their iPhones also reported their cameras being activated.

Facebook responded by stating that the issue was a bug and that no data from users’ cameras was ever collected or transmitted to their servers.