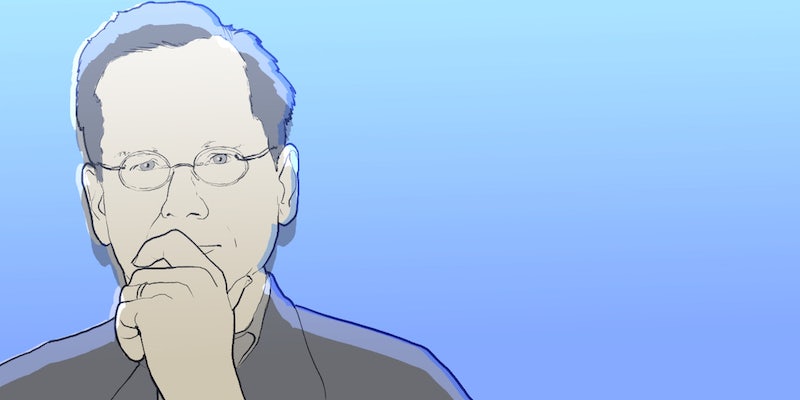 New changes to the Democrats' primary rules make it impossible for him to even debate, Lessig says.

In a YouTube video posted Monday, Lessig said that newly implemented campaign rules, which now require him to meet a certain polling threshold six weeks before the next debate, suddenly shut him out.

“It is now clear that the party won’t let me be a candidate,” he said.

From the beginning, Lessig was a genuine outsider candidate. Initially, he ran on a unique promise: He would shepherd the passage of a single, three-pronged campaign-finance reform bill and then immediately resign, handing the rest of the job over to his vice president.

The idea seemed to have legs. Lessig vowed to only run if he raised $1 million for his campaign in a month, and he met that goal. But he had nearly zero name recognition; polls only sporadically included him, meaning that he fell short of the support needed to earn him a spot in the already-sparse field of Democratic candidates.

Lessig ended his video by expressing hope that eventual reform would be possible, but he insisted that he had succeeded in highlighting the core problem plaguing the United States.

“Until we end the corruption that has crippled congress,” he said, “none of [the other candidates’] promises are even credible.”