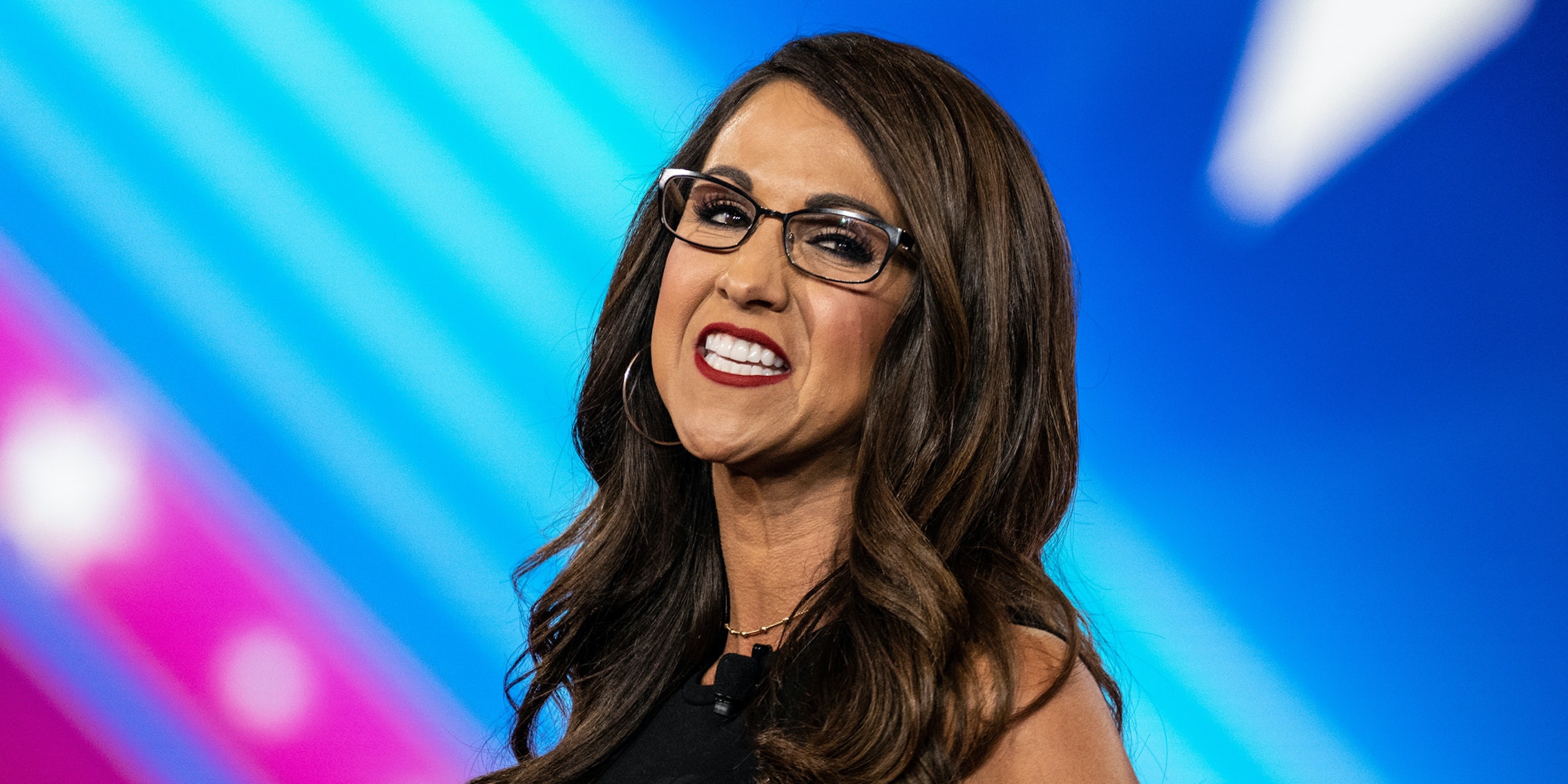 'Who had Lenny Dykstra hitting on Lauren Boebert on their election night bingo card??'

As election results indicated on Wednesday that the conspiratorial politician would likely fail to become a two-term congresswoman, Lenny Dykstra, a former professional centerfielder for the New York Mets and Philadelphia Phillies, attempted to get Boebert to slide into his DMs.

“I am sorry about your loss in the election, @laurenboebert. Who knows what funny business was going on!?” Dykstra wrote. “Anyhow, I know this must be a difficult time, and just keep in mind that you have someone right here to talk to (or whatever other kind of needs you may have right now). DM me?”

The tweet from Dykstra, who famously won a World Series championship as a member of the 1986 Mets, quickly caught the attention of dozens of curious Twitter users.

Many expressed shock that Dykstra would write such a suggestive statement publicly on social media.

“Lenny Dykstra would like to fill Lauren Boebert’s ‘needs,'” one users wrote alongside a vomiting emoji.

Others jokingly argued that the bizarre display proved that having a Twitter account was still worth it, even if they were charged $8 per month under billionaire Elon Musk’s leadership.

“Like a lot of people, I’ve been thinking of leaving twitter lately, and then I see Lenny Dykstra trying to slide into Boebert’s DM’s & realize why I can probably never leave this site,” another user said.

Baseball puns and references to Dykstra’s nickname “Nails” were also rampant across the social media platform.

In a comment to the Daily Dot, Dykstra said he was enjoying the responses to his tweet.

“LOVE them. Especially those from people who apparently are now reconsidering their decision to leave Twitter!”

However, he has not heard back from the focus of his post.

“Unfortunately, guess who has so far had no reaction whatsoever… hint: She’s from Colorado. : (“

Dyskstra did not seem to be bothered by the possibility that Boebert was married.

“You never know what the situation at home really is like, bro! See MTG and Governor Palin!” he added.

“This is why I will always love @LennyDykstra. He is a champion!” one user stated. “@laurenboebert could use some Nails right now.”

Boebert did not respond to questions from the Daily Dot sent over Twitter DM.