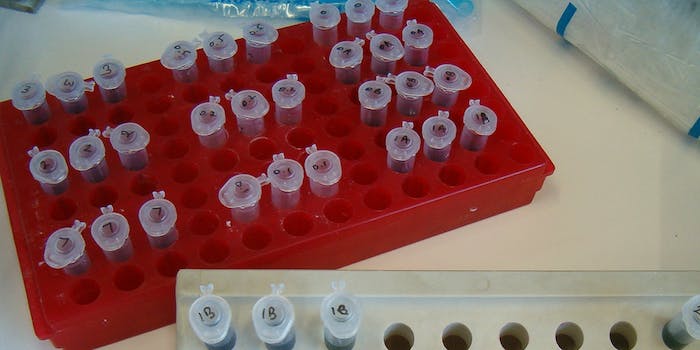 Hooray for the miracle of science.

It’s about time. The Internet has been searching for a way to regrow penises for years. But this will have a real medical benefit.

The Independent reports that the Wake Forest Institute for Regenerative Medicine has developed the laboratory-engineered penises in partnership with the U.S. Armed Forces of Regenerative Medicine, which aims to use the surgery to help soldiers who have been severely wounded in the battlefield.

According to Professor Anthony Atala, the director of the Institute, the penises are created in a lab using the recipient’s own skin cells, to reduce the risk of the person’s immune system rejecting the new organ. The cells are then grown in a culture for six weeks and added to a collagen scaffold of another donor’s member.

Penis transplant surgeries are controversial and extremely rare, and there’s some debate over whether such a procedure will result in a fully functional penis that can maintain an erection. There are also immense psychological consequences to such a procedure: Back in 2005, for instance, a Chinese man who lost most of his penis in an accident received a successful transplant, only to request to have it removed two weeks afterward. Why? “Because of a severe psychological problem of the recipient and his wife,” the surgeon who performed the procedure told the Guardian.)

That said, Atala and his team, which successfully grew lab-engineered vaginas for four female patients using a similar process earlier this year, are hopeful that the procedure will benefit men who suffer from traumatic injuries or congenital abnormalities. But if your head is swimming with fantasies of growing your own lab-made penises in your backyard alongside your prize-winning azaleas, don’t get too excited just yet: Although Atala and his team have successfully tested the penis implant surgery on rabbits, they have yet to try it out on humans.

“The rabbit studies were very encouraging,” he said, “but to get approval for humans we need all the safety and quality assurance data, we need to show that the materials aren’t toxic, and we have to spell out the manufacturing process, step by step.” He estimates that the Food and Drug Administration will approve the lab-engineered penises to be tested on humans within the next five years.