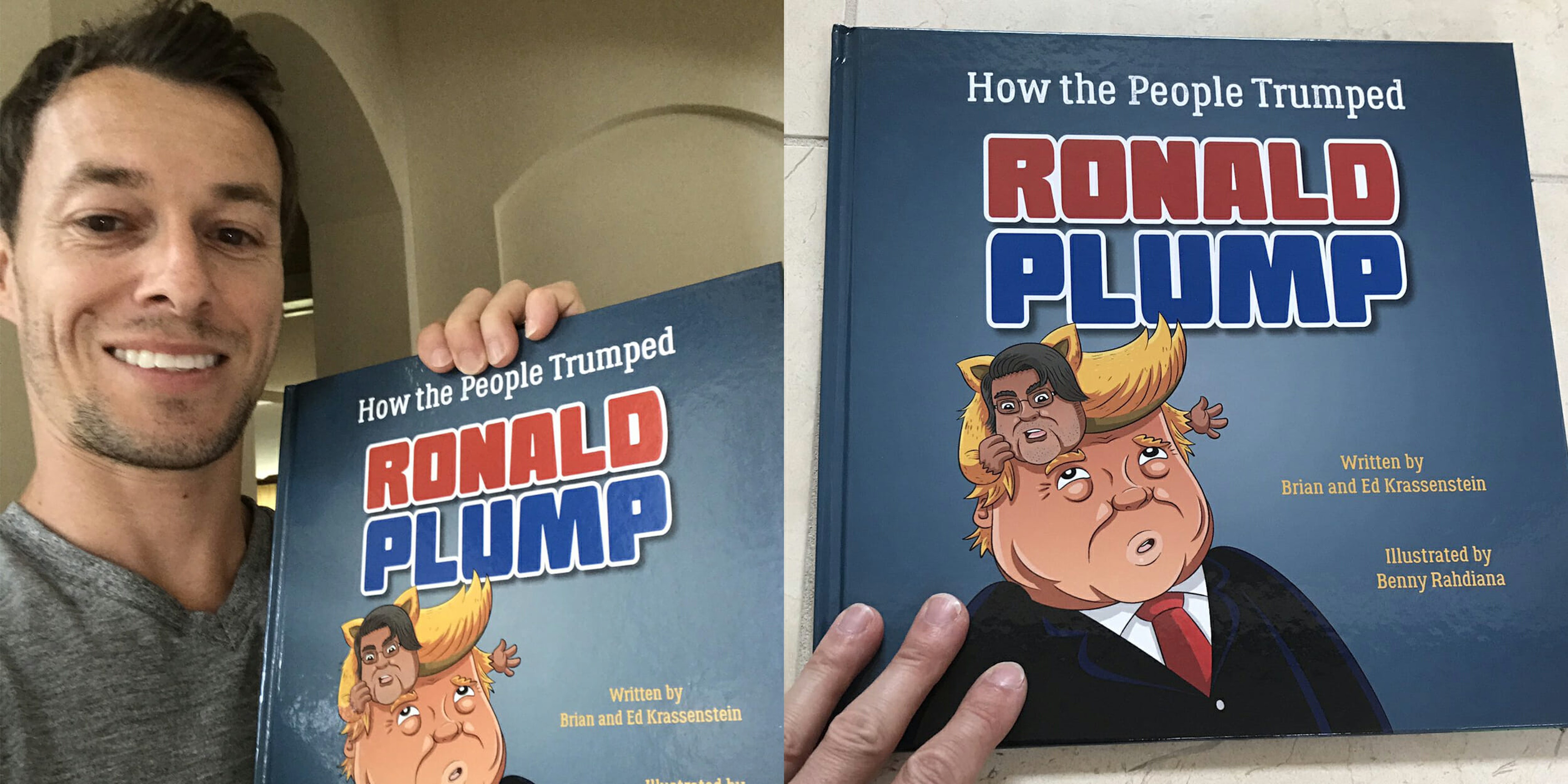 Do not buy this book.

Brian Krassenstein is a prominent member of the #Resistance, a group of Twitter users who are dedicated to bringing down President Donald Trump by, well…

Krassenstein, as well as his brother Ed, are co-founders of news blogs including HillReporter.com. They’re also part of a niche group of online posters who think people who think typing ferociously will save the Republic. Literally.

How Trump has survived despite being buffeted constantly by these 280-character bursts of online righteousness, no one knows. It’s a mystery to all. But yesterday, Krassenstein released a cartoon kid’s book that will surely bring a swift end to this dark chapter in American politics.

It survived online for all of one minute before getting torn apart by people who have recognized how embarrassing Krassenstein’s opposition to Trump comes across.

i like the part where you misspell "donald trump" https://t.co/FUUE0qzvfA

damn they really got him. it's over @realdonaldtrump https://t.co/W5W4tA7WuA

Breaking: no one will buy this https://t.co/aapd66bOgX

Grifters gonna grift. Not even near the “cool kids” v “organizers” debate. https://t.co/30alkz1tXa

You wrote a coloring book. Actually, you co-wrote a coloring book, you couldn't even do it yourself. And you're telling the world about it like "writing" what amounts to a child's placemat at Denny's is something to be proud of. It's 54 pages long. You should be embarrassed. https://t.co/BaMulf7CjW

Gizmodo editor Tom McKay pointed out some pages in it and well, it’s worse than you might imagine.

not an exaggeration. its a literal rape sack pic.twitter.com/iY9YnnnnRm

At one point, the Robert Mueller character, called Robert Moral, is presented without a shirt.

who would YOU rather lick ice cream off of? i thought so pic.twitter.com/DADhg0eup2

The Krassensteins said on their news blog they wrote the book to help their kids learn about the Trump presidency and the ideals of “morals, love, inclusion, and equality.”

“I think it’s important to stress that this book’s purpose is not to teach our children political ideologies, rather it’s to teach them morals,” they said. “Whether you are a Democrat … or a Republican … this book will be entertaining, educational and most importantly, a tool for your child’s development.”

Brian and Ed Krassenstein have engendered a great deal of hatred online since cropping up on Twitter, because, to a great many, the brothers represent the worst of those fighting the president: People who are in it only for themselves.

Perhaps it’s unfair to truly call the duo grifters because last year, the Krassensteins tried to crowdfund the publishing funds for their book.

They did not meet their goal.