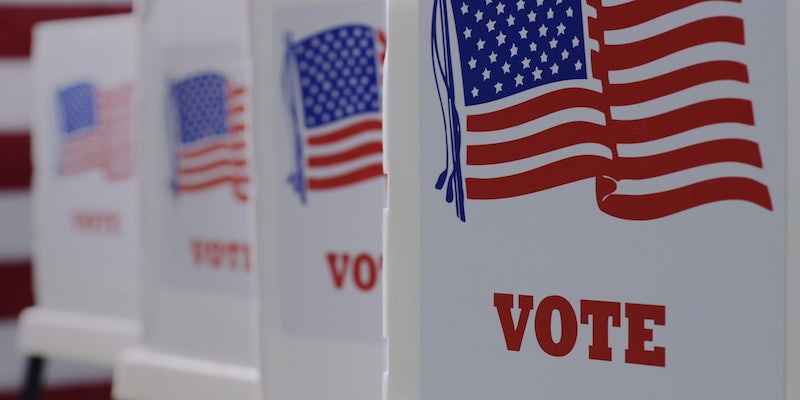 The arrest of an election company CEO is being used to promote false election fraud claims.

Conspiracy theorists celebrated this week after the arrest of the CEO of an election software company, who they accused of flipping the 2020 election to President Joe Biden.

But is their rejoicing actually valid?

The fiasco began on Monday after the New York Times released an article centered around a small elections company in Michigan that had become the target of unfounded voter fraud claims.

The company, known as Konnech, had been accused of not only having secret ties to China but of giving the Chinese Communist Party backdoor access to personal data on roughly two million poll workers in the U.S.

The accusations were spearheaded by “True the Vote,” a nonprofit run by prominent election deniers that were featured in the widely debunked election fraud documentary 2000 Mules. True the Vote has repeatedly claimed that it was able to access Konnech’s database, by guessing its password as “password,” and download personal information on roughly 1.8 million poll workers.

Konnech responded by stating that True the Vote’s claims were false given that they only had records on less than 240,000 poll workers that were stored across multiple databases. Konnech ultimately sued True the Vote last month for defamation, violation of the federal Computer Fraud and Abuse Act, and theft, among other charges.

True the Vote would later change its story, alleging that it only ever saw a screenshot of the data provided by a third party. Nonetheless, the conspiracy theories tying Konnech to supposed fraud in the 2020 election continued.

Yet the Times noted that despite the claims, Konnech “has nothing to do with collecting, counting or reporting ballots in American elections” and therefore had no ability to influence the last presidential race to begin with.

Just one day later, however, Konnech founder and CEO Eugene Yu, who immigrated from China in 1986, was arrested in Los Angeles as part of an investigation into the potential theft of personal information about poll workers, proving at least some of True the Vote’s accusations true.

Los Angeles County District Attorney George Gascón even said in a statement that data from Konnech had been stored in China, a violation of the company’s contract with the county.

After the arrest, the New York Times added an update to its story to note that, “in communications with the Times for this article, neither Mr. Yu nor a spokesman for Konnech said that the company was the subject of an investigation. They also asserted that all the company’s data was stored on servers in the United States; prosecutors in Los Angeles, who brought the charges against Mr. Yu, said that they had found some company data stored on servers in China.”

The news of Yu’s arrest quickly circulated across right-wing media, where supporters of former President Donald Trump patted themselves on the back for having suspicions about Konnech.

Conservative users on social media similarly pointed to the arrest as proof that the 2020 election had been stolen from Trump.

“The one sacred taboo of the Left is that the machines and the election software data are totally secure,” conservative commentator and 2000 Mules creator Dinesh D’Souza tweeted. “The Konnech CEO’s arrest, motivated by the research of True the Vote, blows up even this totem. It suggests the possibility the 2020 election was corrupt from top to bottom!”

In a statement, True the Vote said it was “honored to have played a small role in what must have been a wide-ranging and complex investigation. The organization is profoundly grateful to the Los Angeles District Attorney’s office for their thorough work and rapid action in this matter.”

But does the arrest actually prove that Konnech somehow tipped the scales in favor of then-presidential candidate Joe Biden? No.

Gascón, who right-wing users are gleefully citing, stated following the arrest that “the alleged conduct had no impact on the tabulation of votes and did not alter election results.”

Election deniers also failed to explain how Konnech’s access to the personal data of poll workers would somehow allow them to change the outcome of the entire presidential race. While there are legitimate concerns regarding Konnech’s handling of data, none of the allegations tying the firm to election fraud are grounded in fact.