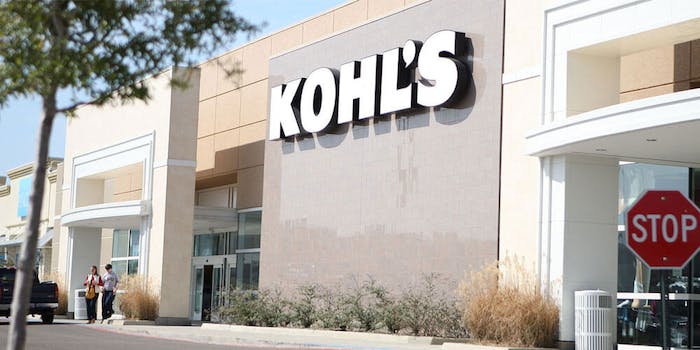 Known as 'Curated,' the clothing line will be based on data.

Kohl’s is teaming up with Facebook to create a unique clothing line aimed at millennial shoppers.

The department-store will use data from the social media company to determine what styles and brands are currently most popular and offer them to consumers.

Known as “Curated,” the clothing line will be sold at 50 Kohl’s stores and on the company’s website beginning in 2020.

The concept comes from Kohl’s CEO Michelle Gass, who is attempting to keep consumers interested in visiting physical locations as online shopping continues to grow.

This isn’t the first time though that Kohl’s has relied on the digital realm to keep customers coming back.

In late July Kohl’s partnered with online retail giant Amazon to use their stores as drop-off centers for returns. The stores have reportedly seen a significant increase in foot-traffic ever since, resulting in more sales.

Kohl’s even teamed up with Popsugar last September to launch a clothing line aimed at millennial consumers as well.

Whether Kohl’s plans will keep them afloat for the foreseeable future remains unknown, but the company continues to survive while other stores such as JC Penny close locations across the country.

Macy’s and Target, however, are similarly offering curated merchandise like Kohl’s in an attempt to survive the digital age.