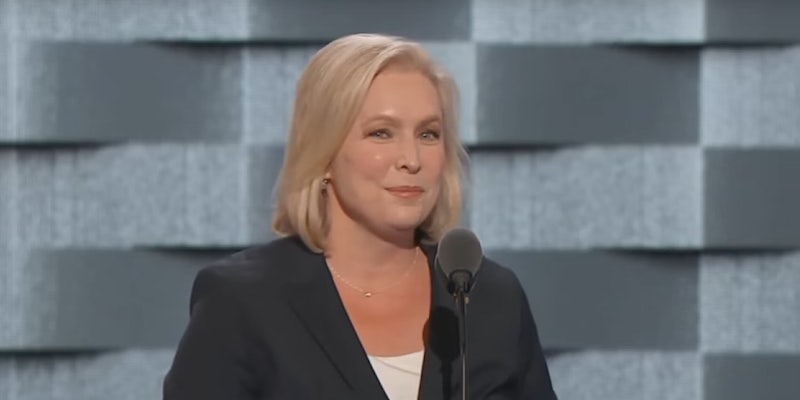 Sen. Kirsten Gillibrand on Trump: ‘Has he kept his promises? No. F**k no.’

She didn't hold back speaking about Trump and her own party.

The senator—whom some believe may be laying the ground work for a run at the Democratic presidential nomination in 2020—made several loaded comments during the forum, an annual conference on how technology can change politics.

Gillibrand was reportedly speaking about President Donald Trump when one of her expletive-laden quotes came about, according to Gizmodo Media writer Hamilton Nolan.

While speaking about Democrats, Nolan reported that the senator kept on going.

“Fundamentally, if we’re not helping people, we should go the fuck home.”

Naturally, Twitter was very fond of what the New York senator said.

So June 9, 2017 is the day Sen. Gillibrand announced her candidacy for President? https://t.co/N0mjPhyzRI

I love Sen. Gillibrand, she makes me proud to be from NY https://t.co/OClNicrDf9

As of publication, no video has been posted online of Gillibrand’s remarks.