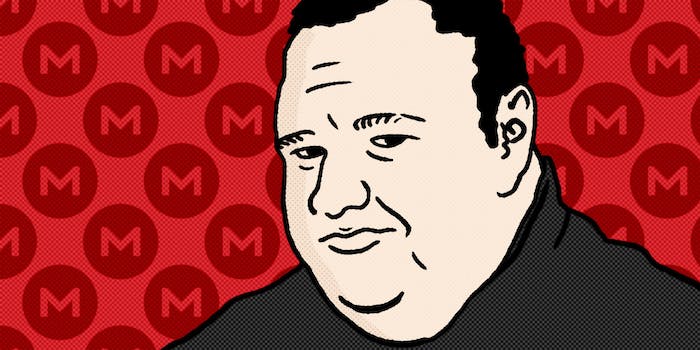 This doesn't bode well for Dotcom, one of the United States' top Internet-piracy targets.

Kim Dotcom, the once-jolly Internet “Bond villain” who lived the good life on profits from what U.S. authorities called the “Mega conspiracy,” is eligible for extradition to and trial in the United States, a New Zealand judge has ruled.

Dotcom’s lawyer, Ira Rothken, announced shortly after the verdict that he would try a last-ditch appeal to New Zealand’s High Court.

The @KimDotcom team looks forward to having the US request for extradition reviewed in the High Court.We have no other comments at this time

Dotcom and three colleagues are charged with criminal activity surrounding Mega, his since-shuttered free file-hosting site. While many hosting sites become hotbeds of copyright infringement, American authorities have homed in on Mega in particular, accusing Dotcom of masterminding a scheme that paid users to pirate big-name files like new movie releases—which in turn brought him hordes of new users—and laundering money as part of the operation.

The case is particularly striking as an example of the U.S.’s legal reach, especially when it comes to enforcing online intellectual-property law. Dotcom, a German-born resident of New Zealand, has protested extradition by claiming that he never even traveled to the U.S. and did not base companies there.

Nevertheless, New Zealand police, responding to FBI claims, raided his home in tandem with the U.S. government’s seizure of Mega in January 2012. If Dotcom and his colleagues stand trial in the U.S., they could face decades in prison.

Dotcom, who has been outspoken about his own case and has compared it to the persecution of people like Chelsea Manning and Edward Snowden, seemed to strain for optimism in the wake of the ruling, tweeting a photo of his children in front of their Christmas tree, as well as what seems to be him goofing around.

Me after court today ;-) pic.twitter.com/PI8ZcygnUv