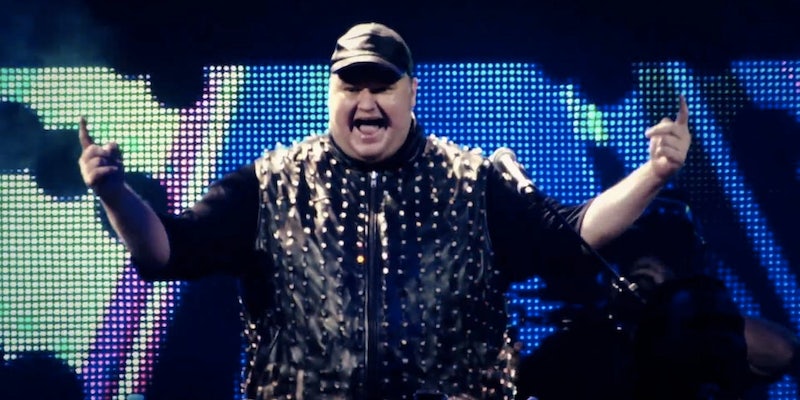 The Mega mastermind and internationally hunted hacker is starting a new political party.

Kim Dotcom, the flamboyant, ex-hacker, possibly criminal, go-karting entrepreneur who has run some of the personal biggest data storage sites in the world, wants your vote.

Well, not to vote for him, per se, since he wouldn’t actually be a candidate. But Dotcom finally launched his long-touted, New Zealand-specific Internet Party Wednesday evening.

Its aims are reminiscent of the Pirate Party, which has chapters around the world and pushes for Internet freedom-related issues like copyright reform and better online privacy. But Dotcom’s official stance is ambitious, proposing to eliminate New Zealand’s relationship with the U.S.’s National Security Agency, and ushering in a Bitcoin-like national cryptocurrency.

Dotcom’s people didn’t immediately respond to the Daily Dot’s question about which elections the Internet Party intends to contest—presumably, they’re still working that out, as Wednesday also marked the launch of a big membership drive, aided by Android and iPhone apps. Membership is restricted to New Zealanders, but it is cheap: NZ $1.29 ($1.11) for a three-year membership.