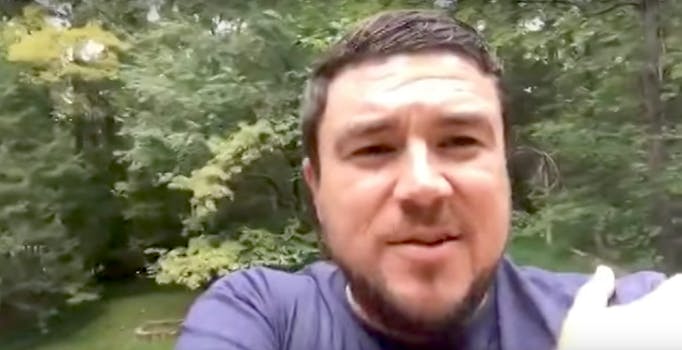 This is Kessler's second charge after his 'Unite the Right' rally in August.

The organizer of the white supremacist rally in Charlottesville, Virginia, is wanted for arrest in Virginia after he allegedly doxed a counterprotester after the “Unite the Right” event.

Virginia resident Emily Gorcenski filed a misdemeanor complaint against Charlottesville organizer Jason Kessler on Monday for alleged “use of a person’s identity with the intent to coerce, intimidate, or harass,” the Daily Beast first reported.

I just filed a misdemeanor complaint against Jason Kessler and a warrant has been issued.

Kessler is accused of sharing Gorcenski’s personal information on Twitter under a separate account, @RealByzantium, that tweeted the name, address and a photograph of Gorcenski’s home after the pro-white demonstration.

Less than a week after the information was posted on the @RealByzantium account, an unknown person called 911, sending police to Gorcenski’s home on claims someone was brandishing a gun, a disruptive prank known as “swatting.”

Kessler responded to the claims in a series of tweets accusing the Charlottesville magistrate of abusing his power.

This is not Kessler’s first run-in with law enforcement. A court recently convicted him of assault and he faces a felony charge for allegedly fabricating portions of his story, according to the Daily Beast.