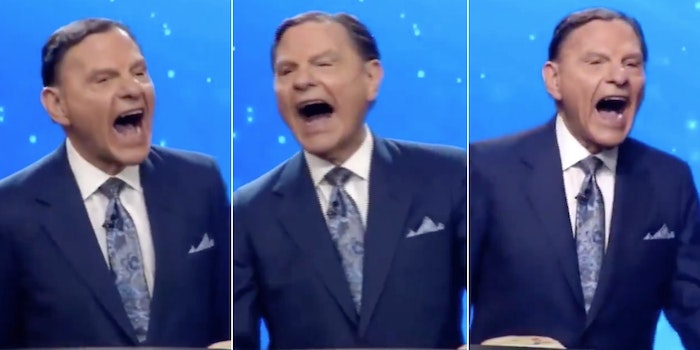 'He looks like he's about to unhinge his jaw and swallow a toddler.'

Televangelist and President Donald Trump acolyte Kenneth Copeland has found a way of cope with former Vice President Joe Biden winning the 2020 presidential election: laughing himself senseless with his congregation.