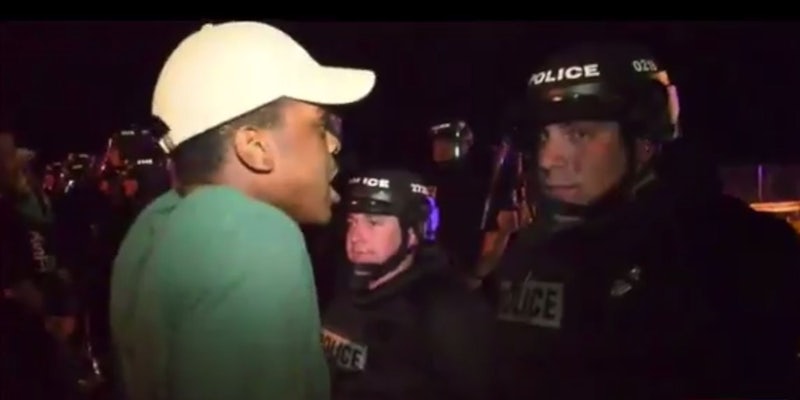 Charlotte-Mecklenburg police Officer Brentley Vinson on Tuesday afternoon shot and killed 43-year-old Keith Lamont Scott. According to police, he was reportedly carrying a gun, posed an “imminent deadly threat,” and matched the description of a suspect with outstanding warrants.

But according to Scott’s daughter, who broadcast the immediate aftermath via Facebook Live, Scott was disabled, did not own a gun, and was reading a book. According to Fox 5, Scott was also waiting to pick up a child from the school bus.

Road shut down after dozens show up in protest of shooting @wsoctv pic.twitter.com/BGejxv3nkD

Scott’s sister also said he didn’t have a gun, and told WSOC-TV that law enforcement jumped out of a truck, said “hands up—he’s got a gun,” and then shot him.

“That’s it,” she said, before accusing law enforcement of “false reports.”

Scott was administered CPR and died at the Carolinas Medical Center after being shot multiple times.