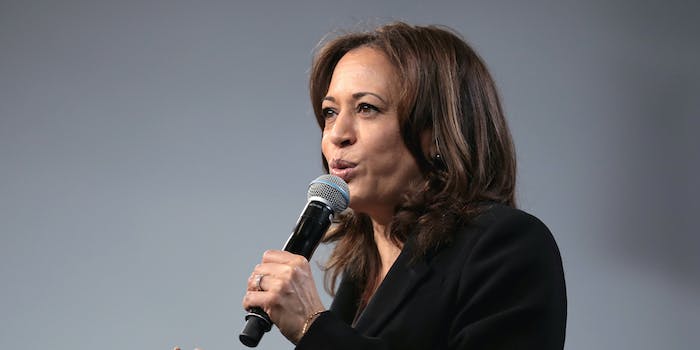 Harris said there were access, affordability, and equity barriers to broadband in the U.S.

Harris held a digital divide listening session on Monday where stakeholders spoke about the various aspects of the country’s digital divide, the gap between people who have access to affordable high-speed internet and those who don’t.

Late last week, the White House said it had presented Republicans with a counterproposal for the infrastructure plan that reduced the amount of money for broadband from $100 billion to $65 billion.

The White House says the infrastructure plan would prioritize building in underserved and unserved areas and would support local-owned, non-profit, or co-op broadband networks. It has also called broadband connectivity the “new electricity,” a theme that Harris echoed on Monday.

Harris began by comparing former President Franklin Delano Roosevelt’s rollout of electricity across the country to the need to build out broadband now.

“I believe we must act again, and act in that way,” Harris said. “Understanding our capacity and our responsibility to connect America and to allow all Americans to have access to those basic needs that allow them to raise their families, allow them to educate their families, to do their work. In the 21st century, broadband is critical to that.”

“Over 65 million Americans live in areas with only one high-speed internet provider. So that means what? No competition,” Harris said, later adding: “This lack of competition drives up prices. If the provider doesn’t have to compete with somebody else, they’ve got basically a corner on the market.”

Finally, Harris said there were racial and income disparities in broadband access.

“The disparities are clear, fewer Black and Brown Americans use home broadband than white Americans. And those Americans who earn less than $30,000 a year are less likely to have high-speed internet at home,” Harris said. “Why does that matter? Because it leads to other disparities. Because when people are cut off from high-speed internet, they are also being cut off from opportunity.”

Biden said during his first address to Congress last month that Harris would lead the administration’s broadband component of the infrastructure proposal.