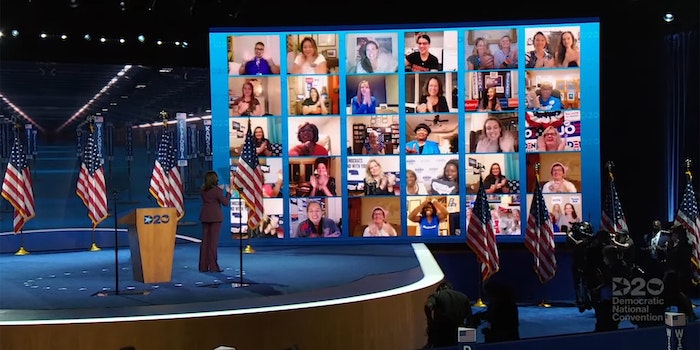 Why did Kamala Harris have so many doubles in her virtual audience?