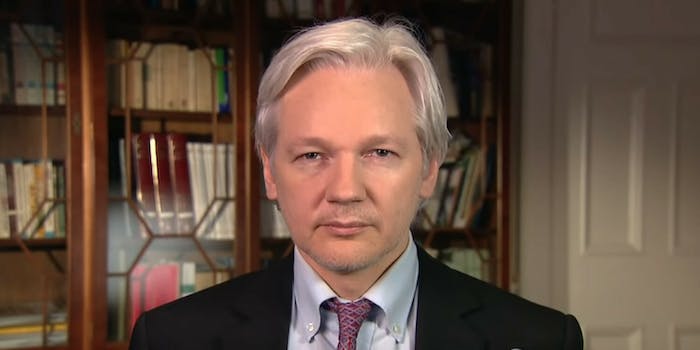 The charges were hinted at unintentionally in an unrelated case.

The Justice Department argued in court on Monday that it is not required by law to reveal to the public or media whether WikiLeaks founder Julian Assange faces charges in a sealed complaint.

Federal prosecutors were responding to a Nov. 16 lawsuit by the nonprofit Reporters Committee for the Freedom of the Press, which demanded any charging documents or indictments relating to Assange be unsealed.

Assange, who has resided at the Ecuadorian embassy in London since 2012 to avoid U.S. extradition, is known to have been under investigation by the department since 2010 when WikiLeaks published thousands of military and diplomatic cables.

News of a sealed federal indictment against the 47-year-old Australian, however, was inadvertently exposed for the first time by the government in documents filed in an unrelated case in Virginia last week, which argued “no other procedure is likely to keep confidential the fact that Assange has been charged.”

The Justice Department refused to admit in its Monday filing against the lawsuit by free-press advocates that the slip was proof of an indictment while acknowledging the mistake.

“In either event, the government is not required to publicly acknowledge which of those two possibilities happens to be the case with respect to any individual,” Assistant Attorney Gordon Kromberg wrote in the filing. “The First Amendment does not require the government to confirm or deny the existence of criminal charges in this case.”

Another hearing is scheduled for Tuesday.