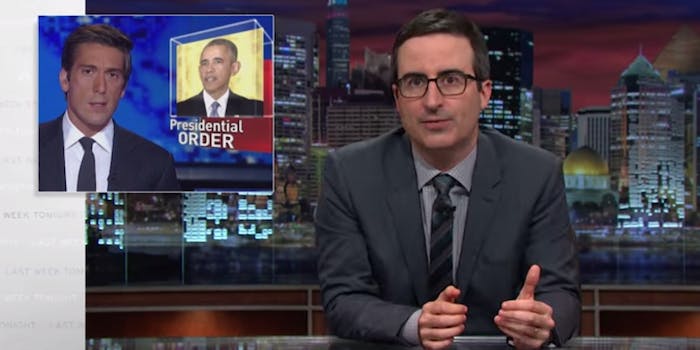 'Prison sentences are like penises. If used correctly, even a short one can do the trick.'

Mandatory minimums were introduced at the height of drug scare in the 1980s and ’90s, when the public was paranoid about kids getting hooked on crack cocaine. Fixed prison sentences were meant to act as a deterrent, but the laws have gone on to ruin good people’s lives.

Even judges—whose hands are tied in individual case where they might want to be more lenient—agree that it’s unfair to give weed dealers harsher punishments than violent criminals, especially when those lengthy prison sentences continue after marijuana has been legalized.

“Prison sentences are like penises. If used correctly, even a short one can do the trick.” Thanks, John Oliver.