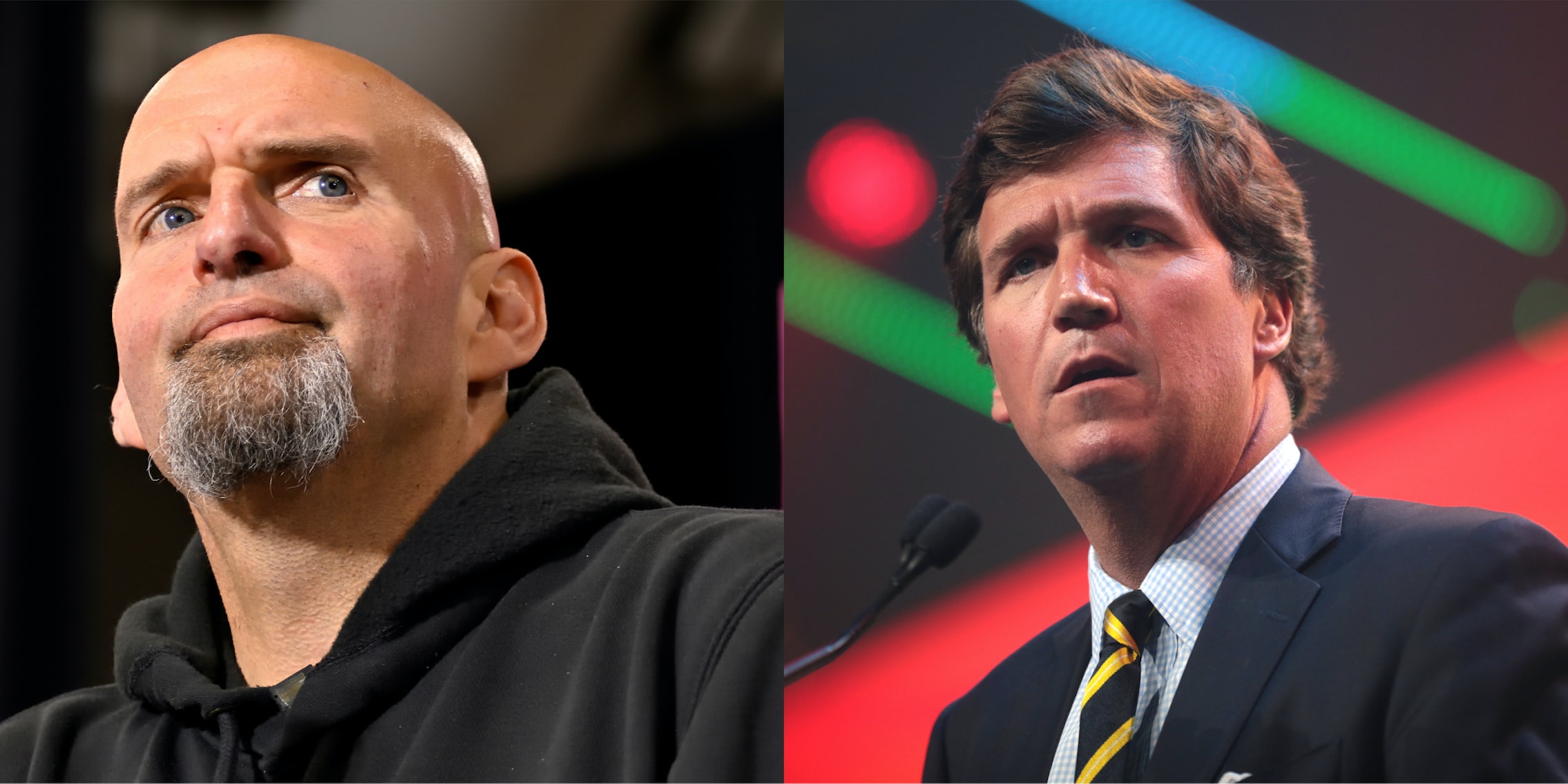 Will John Fetterman be our first cyborg senator?

Yesterday, NBC News interviewed Pennsylvania Senate candidate John Fetterman, the first sit-down interview the candidate has given since he suffered a stroke right before winning the Democratic primary.

The interview sparked a number of responses and some backlash to NBC’s framing of it. The reporter, Dasha Burns, said that Fetterman struggled to understand their conversation before the interview officially kicked off. A number of reporters who spoke with Fetterman criticized her, saying they’d had no issues with Fetterman’s comprehension. Burns responded to the backlash by noting that different reporters can have different experiences.

In the interview, Fetterman used a device that generated closed captions for the questions by Burns, which he could read and then respond to. Disability advocates criticized how NBC framed it, hyping the technology as unique and different, when it’s a common technique for people with hearing issues. They saw the interview as portraying a minor disability as something that made Fetterman unfit for office.

But perhaps no one was more bothered by the interview than Tucker Carlson, who wasn’t so much bothered by Fetterman’s comprehension or ability to do his job, but whether the device made Fetterman a cyborg.

“Where exactly does the software end and John Fetterman’s consciousness begin? We don’t know. We can’t know,” Carlson asked, calling it a “thrilling” moment for transhumanists, saying one of the most famous candidates in the country was “merging with a computer.”

Nothing in Carlson’s comments is accurate, as the closed captions were of Burns’ questions, which Fetterman then read.

The technology Fetterman used, according to doctors, is likely because the stroke affected the part of his brain that handles auditory processing, meaning spoken words are harder for him to respond to. That’s where closed-captioning comes in.

Carlson went on to call it a “thinking machine” which could be “hacked,” none of which is plausibly accurate, as, again, it’s just transcription of questions being asked.

So, unless you believe reading a book makes you a robot (which Carlson just may), the speculation is wildly, wildly unfounded.