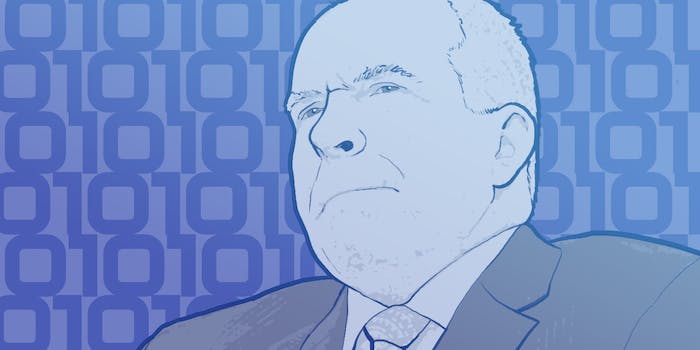 The FBI and Secret Service are reportedly investigating claims that CIA director John Brennan’s personal email account has been hacked.

Law enforcement officials have confirmed to CBS News that Brennan’s personal email was compromised. It doesn’t appear the culprits released classified information, however, and some of the released information appears inauthentic or outdated.

Late Sunday night, the New York Post broke the story of the alleged hacker, who goes by Cracka. He had grand claims about what he found in Brennan’s AOL account, including “his 47-page application for top-secret security clearance” and “the Social Security numbers and personal information of more than a dozen top American intelligence officials, as well as a government letter about the use of ‘harsh interrogation techniques’ on terrorism suspects.”

However, in an interview with the Daily Dot, Cracka refused multiple times to give any evidence that they had access to the documents they referenced to the Post. As CNN reported, “It does not appear that any classified information was accessed.”

Two Post reporters who worked on the story didn’t respond to the Daily Dot’s requests for verification they’d seen the documents Cracka had allegedly accessed.

That’s a familiar claim, as government employees have been increasingly at risk by hackers as of late. In April, hackers breached the U.S. Office of Personnel Management (OPM), gaining access to, among other things, a whopping 21.5 million Social Security numbers belonging to government employees. More recently, the U.S. has severely retaliated against an Islamic State effort to release the personal information, including social security numbers, of U.S. military personnel by helping Malaysian police arrest one hacker involved and reportedly killing another with a drone strike.

It’s unclear how old the contact list is, however, or if it is even authentic. After the Daily Dot attempted to email more than 20 addresses listed, over half of that sampling bounced back. The CIA didn’t immediately respond to the Daily Dot’s question about the validity of those social security numbers. The hackers say the attacks are politically motivated. “We aren’t doing this for personal gain,” Cracka told the Daily Dot. “It’s for FreePalestine and FreeGaza.”

The hacker said that he “socially engineered” Brennan’s Verizon account—referring to the process by which hackers manipulate standard security procedures through human manipulation—and that the was linked to his AOL account. From there, he says he eventually gained access to Brennan’s personal AOL account.