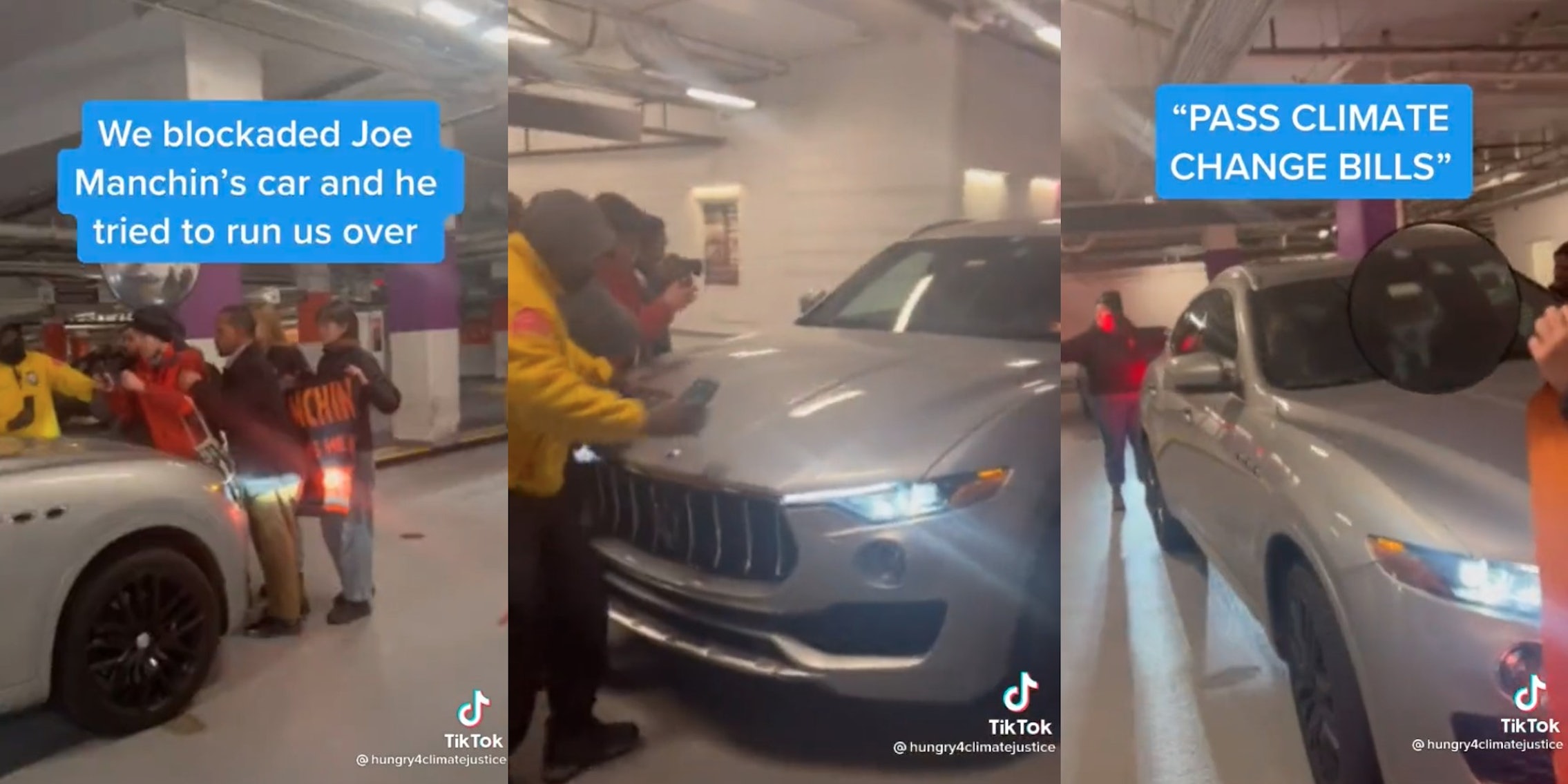 The politician can be seen attempting to flee the scene in his Maserati.

Sen. Joe Manchin (D-W.Va.) drove through a group of climate change activists on Thursday amid ongoing protests over the politician’s stance on the environment.

Footage of the incident, which saw protesters calling on Manchin to pass climate change legislation, was shared on TikTok by the account Hunger Strike 4 Climate Justice.

The politician can be seen attempting to leave a parking garage in an Italian luxury vehicle as protesters stand in his way.

“We blockaded Joe Manchin’s car and he tried to run us over,” a caption on the video states.

Manchin has earned the ire of progressive activists not only for his support of the fossil fuel industry but for his rejection of his party’s approach to climate change. Manchin has also been a holdout over the Build Back Better bill, which has numerous provisions to help the environment.

The footage was quickly shared across Twitter as well, where Manchin was criticized for driving “his Maserati into climate protesters.”

The incident unfolded after protesters showed up at a dock where Manchin stores his houseboat in an attempt to confront the politician.

Footage from moments before Manchin entered his Maserati shows protesters following the politician while chanting “We want to live.”

As noted by John Paul Mejia, the national spokesperson for the environmental group known as the Sunrise Movement, the protest was spearheaded by five individuals who went on a two-week-long hunger strike in an effort to gain the attention of President Joe Biden.

The incident on Thursday is just the latest example of Manchin being confronted by protesters. Just last month, the politician was approached by protesters in kayaks as he traveled on his boat in the Potomac River in Washington, D.C.