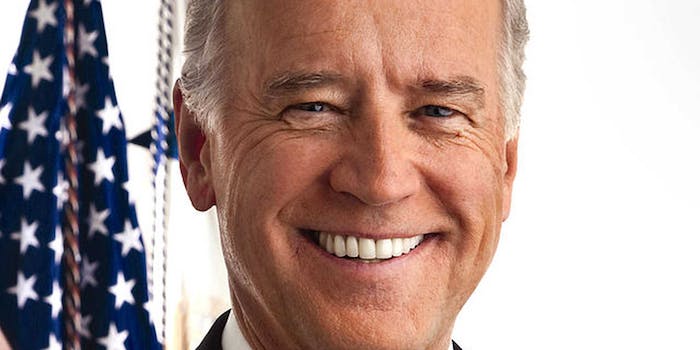 On Sunday, Buzzfeed announced a partnership with Facebook where the viral news site would gain access to data from the social network about the political opinions of its users. The initiative is an exercise in the use of a tool called sentiment analysis, which attempts to algorithmically determine just how people feel based on what they write online.

The whole project seems fascinating and may be a way for the site to build trust among among readers as a place to get serious political news. And the partnership is already yielding results.

Buzzfeed looked at sentiment data from from Facebook over a period stretching from Oct. 26 through Nov. 5 to see how voters in each party feel about the politicians most likely to run for officer in 2016.

On the Democratic side, the analysis found that 57 percent of Dems expressed positive opinions of presumptive frontrunner Hillary Clinton, while Mass. Senator Elizabeth Warren and New York Governor Andrew Cuomo both net 56 percent.

Vice President Joe Biden, on the other hand, was posted about favorably 67 percent of the time.

It should be noted that speaking about someone positively on Facebook doesn’t necessarily translate to wanting them to be president over all other options.

Assuming Facebook isn’t tapping into something far deeper than what voters are telling opinion pollsters, Clinton is way ahead of Biden when it comes to the states that matter most in selecting the party’s next presidential nominee. A NBC News/Marist poll found that Clinton leads Biden by 50 points in Iowa and 56 points in New Hampshire.

Much of the Biden love is likely attributed t things like that time he called a three-year-old just to chat or the now-famous photo of the vice president chowing down on an ice cream cone while rocking aviator sunglasses, rather than his policy on climate change or his ability to best Ted Cruz in a general election.

While Ryan has made some interesting moves with a focus on poverty in the years since his vice presidential ambitions were thwarted that indicate a willingness to position himself as a candidate for the next resident of the Oval Office, Rice has been doing nothing of the sort since leaving public service at the end of the George W. Bush Administration. However, when Sen. Lindsey Graham told a crowd at a recent campaign event that he thought Rice should run for president in 2016, the notion received a standing ovation.