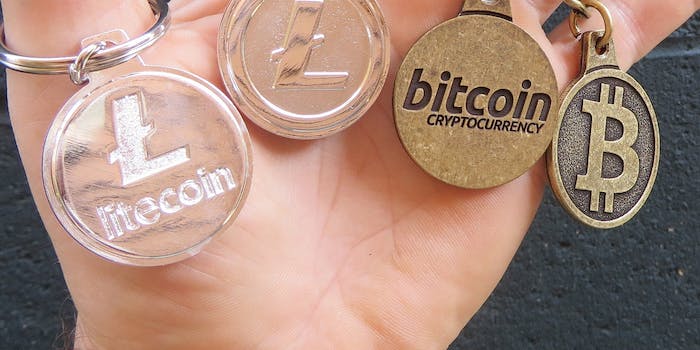 You'd think this would lead to less snark from redditors.

Before Sen. Jerry Moran (R-Kan.) addressed his colleagues about Bitcoin Tuesday, he did what any person in power who’s a little confused about a complicated topic should do.

He went to the experts. Specifically, he went to Reddit‘s r/Bitcoin to ask them what the fuss was about.

Those redditors, as redditors are wont to do, offered a mixed bag of responses. Some were flippant, some mistook him for Rep. Jim Moran (D-Va.), some kindly reminded him that Congress in general had a low approval rating. But many typed informed, thoughtful answers, stressing that state money transmission licenses make it harder for companies to trade the currency in the U.S. Some even tipped him a few cents in the currency (though the legality of doing so is unclear).

“Is there an effort to make certain that the regulations are uniform, globally? And in the absence of that, is there not a risk that the activity [of Bitcoin transactions] is simply taken offshore, if we’re the country that is the regulator? And is there an economic consequence to that happening? What’s the downside to our country and its economy, and the opportunities for innovation, if the United States is the heavy regulator and other countries are not?”

While enthusiasts had mixed feelings on how Bitcoin was characterized in the hearing, one thing was for sure: the committee’s remarks on the currency were remarkably positive, a “Bitcoin lovefest,” according to the Washington Post.