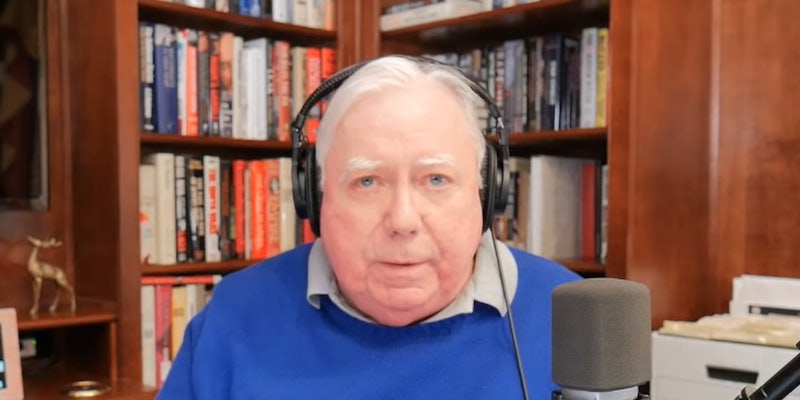 Corsi is an associate of the president and GOP strategist Roger Stone.

“I can confirm that we have entered plea negotiations,” Corsi confirmed to reports following a Washington Post scoop, refusing to elaborate further.

The statement comes just a week after a YouTube livestream in which the 72-year-old said that he expected to be indicted by Mueller, who is investigating Russian interference in the 2016 presidential election as well as allegations of Trump campaign collusion.

Corsi is of interest to Mueller because of his close relationship with both Stone and President Donald Trump. It’s been suspected that Corsi may have served as a potential intermediary between Stone and WikiLeaks, the transparency organization that leaked Clinton campaign emails in the run up to election day.

Stone had written a series of tweets during the election campaign boasting about his “backchannel” communications with WikiLeaks’ founder Julian Assange and appeared to show some foreknowledge of the staggered email dumps made by the organization.

Although Stone has since downplayed and backpedaled on his tweets, claiming they’ve been misinterpreted, Mueller’s team is investigating whether or not he did know about the WikiLeaks publications.

Corsi, a well-known conspiracy theorist best known for helping popularize the racist anti-Obama birther movement and former InfoWars Washington bureau chief, has been involved with the Mueller investigation for around two months now. He has given testimony to the grand jury and was subpoenaed for documents he owned.

In his livestream last week, Corsi said that he expected the indictment to be related to lying to federal investigators. He then blasted the expected charges as a “perjury trap” fashioned against him because he had “dared to support Donald Trump” and “opposed the deep state.”