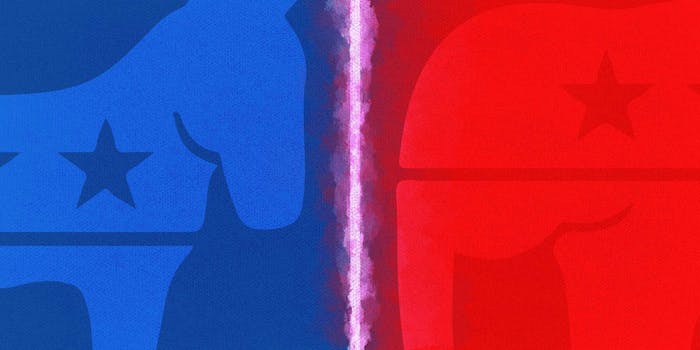 Jeb Bush‘s newly hired communications director Tim Miller, a famous Republican opposition researcher and now the man paid to make sure Bush says the right things, has always had a lot to say about Hillary Clinton. It turns out, though, that one of Miller’s critiques of Clinton could just as easily apply to his new boss.

On his Twitter account, @Timodc, Miller has inveighed against Clinton for all manner of things. Take this tweet from last month, for example, in which he criticized Clinton by saying that the shadow campaign she is running a full two years before the 2016 election is “not exactly a sign of strength or boldness.”

I'm going to stall starting my campaign as long as possible to avoid scrutiny is not exactly a sign of strength or boldness.

An archived version of the tweet is available here, in case Miller chooses to delete it.

On Friday, Miller joined the team of a likely presidential candidate who is stalling the launch of his own campaign to escape scrutiny—not that he’s been successful, of course.

Both Clinton and Bush have been in campaign mode for a long time, as their speeches and hiring sprees make clear. It’s no coincidence that they are both faring well in their respective parties’ early polling for 2016.

Their machines are humming along as we speak. For whatever reason, though, those machines are unofficial and behind the scenes.

Is Bush’s reticence to announce his candidacy a sign of weakness? We know what Tim Miller thinks—or at least, we did when he was saying it about the other side.