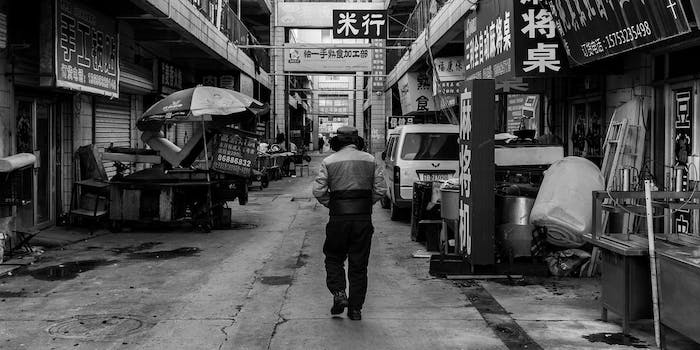 Chinese police are using AI to ticket people for jaywalking

Jaywalking is one of those crimes we’re all guilty of from time to time. You look both ways, there are no cars—why wouldn’t you rush across the street? In China, jaywalking is a big problem, and authorities are now cracking down on the habit in an unusual way.

In the city of Shenzen, police are using facial recognition technology and closed-circuit cameras to remotely identify jaywalkers. Once identified, the lawbreaker is texted a fine. To add insult to injury, the offending pedestrian will also have their face blasted on LED billboards along with their name and part of their government-issued ID number.

Wang Jun is the marketing director of Intellifusion, the Shenzen-based company behind the face-identifying technology.

“Jaywalking has always been an issue in China,” Wang told the South China Morning Post. “A combination of technology and psychology… can greatly reduce instances of jaywalking and will prevent repeat offenses.”

Intellifusion is currently working with Chinese social media platforms Sina Weibo and WeChat to handle the text messaging side of the equation. Violators would be texted as soon as they’re spotted violating the rules. As for identifying jaywalkers, the company is using cameras with 7 million-pixel resolution. When a face is spotted, it’s cross-referenced with a database for a match.

In addition to having their faces blasted onscreen at the time of the indiscretion, offenders also have their image posted to a website online. Once the text messaging system is in place, intersections won’t necessarily need to erect those publicly shaming billboards.

At one particularly busy intersection, the technology has captured nearly 14,000 jaywalkers since being implemented 10 months ago.

Using artificial intelligence to identify traffic offenders isn’t a new idea in China. In Beijing and Shanghai, police already use it to identify drivers who break laws. Other areas, such as train stations, use facial recognition to spot wanted criminals.

Officials hope to eventually be able to track repeat offenders. If they violate the law too many times, it will affect their credit score, making it more difficult for them to take out loans or make large purchases.

It sounds like something out of a dystopian sci-fi movie, but this is modern day China. We’ll have to be more careful about our jaywalking going forward, just in case this idea catches on.