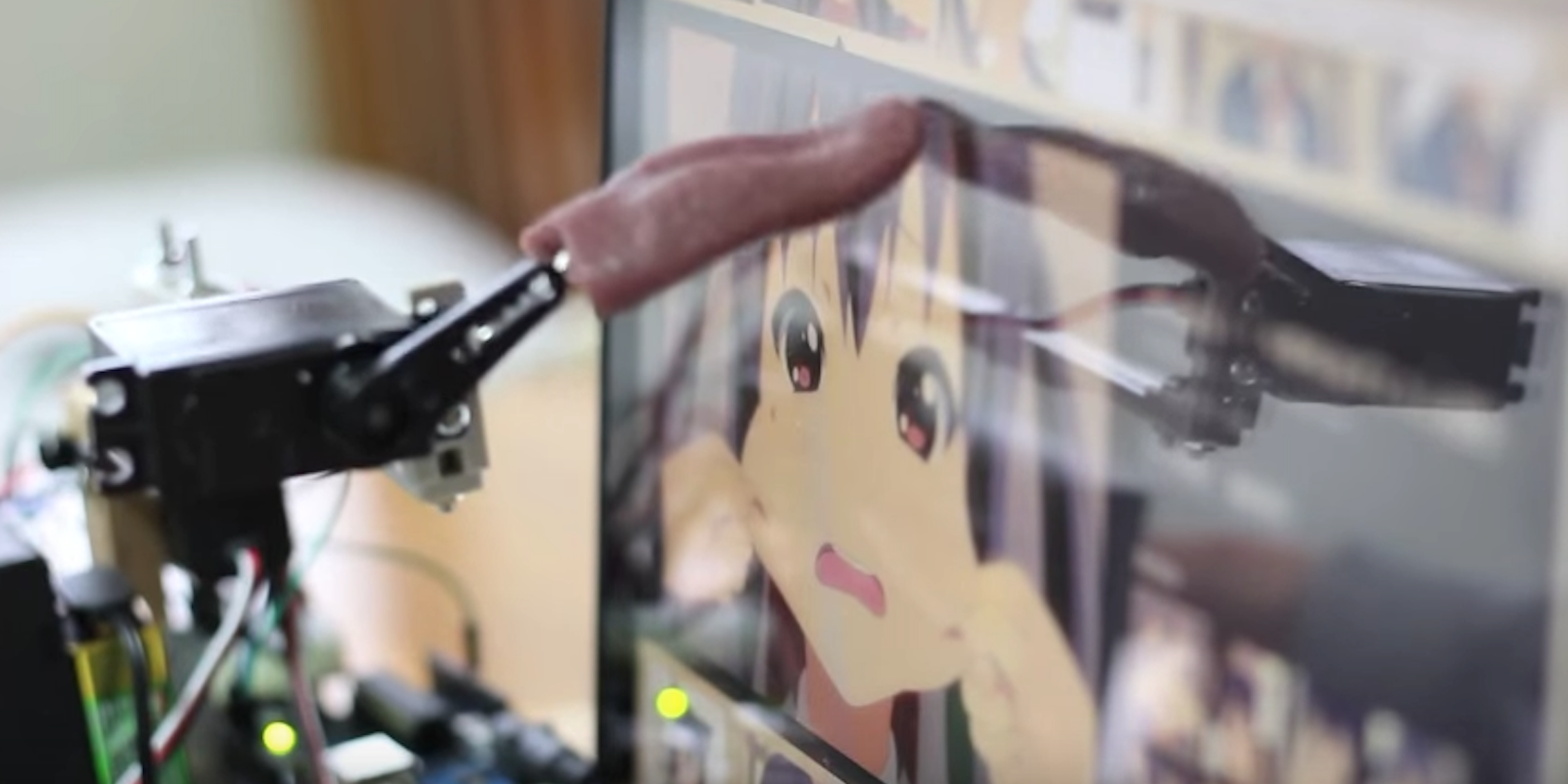 Is this the first "smart tongue"?

I won’t pretend to deeply understand every fetish, but we all have a few things we happen to like that others would likely consider strange. Normally we keep those desires hidden deep within the vault of our mind, but that simply wasn’t enough for one Japanese man.

YouTuber mansooon0 (Mansun on Japanese variety blog Omocoro) apparently really, really likes his favorite anime characters. So much so that he doesn’t mind licking his computer screen in a show of affection. 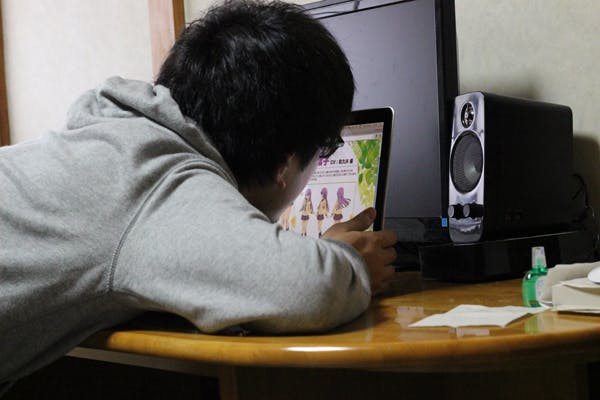 Unfortunately, the act of licking his display was both messy and gross, so he put his DIY skills to the test and built a robot to do the licking for him. Using a fake “realistic” tongue, servo motor, and some Arduino circuitry, he designed the robot organ to be extremely simple to operate. 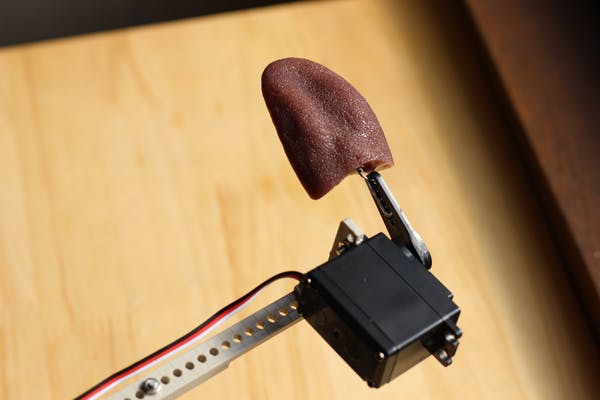 With just a couple button presses, the robotic tongue slides into place on his monitor and goes into maximum licking mode, covering his favorite cartoon gal with all kinds of tongue love.

Creepy? Sure, but you have to admire his dedication.