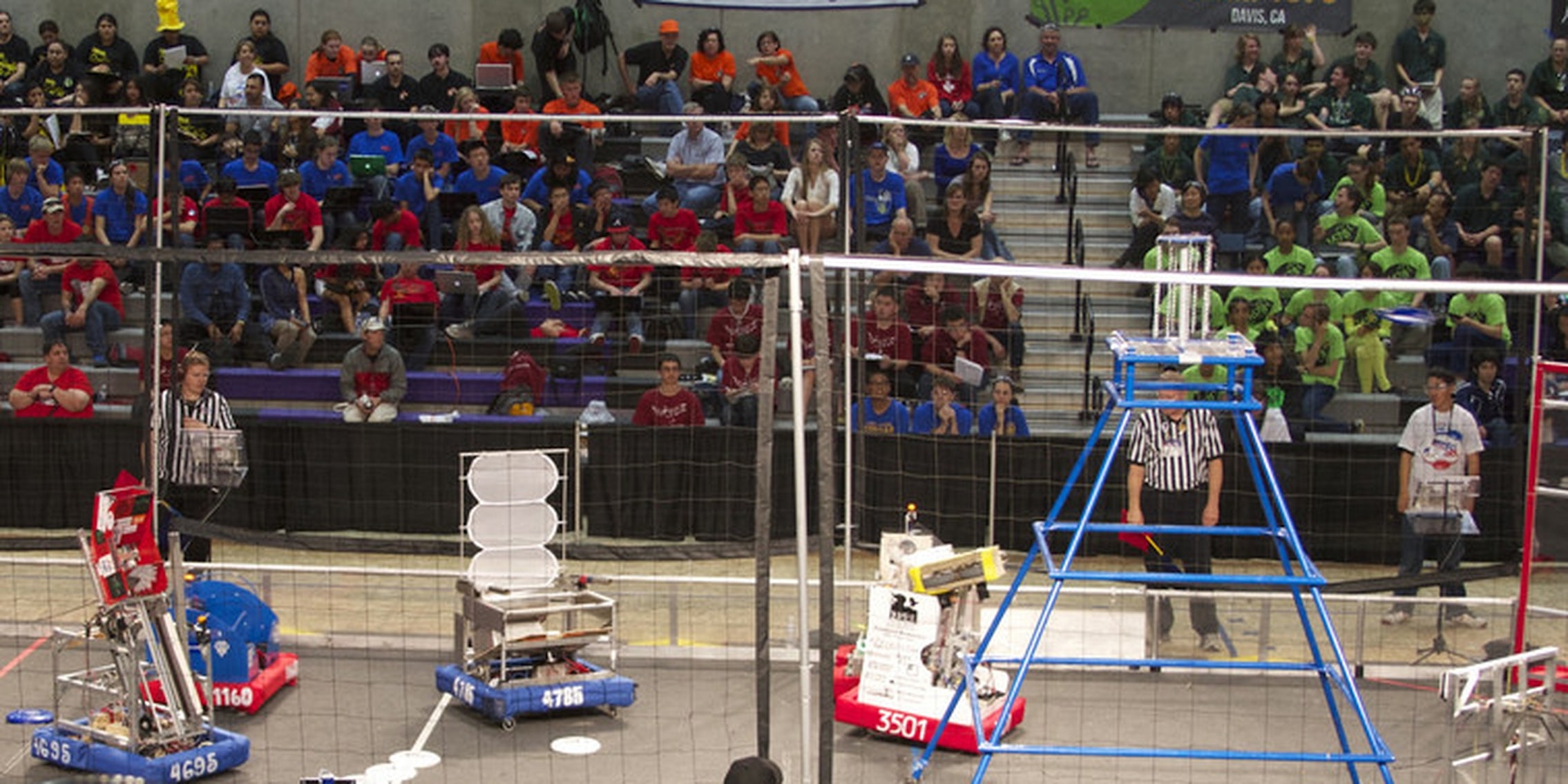 “I would like to gather all of the world’s robots and aim to hold an Olympics where they compete in technical skills,” Abe said.

Japan is set to host the 2020 Summer Olympics, and Prime Minister Shinzo Abe is looking for ways to turn it up a notch. His solution? Robots, of course.

According to Agence France-Presse, Abe expressed his interest in hosting an Olympic event specifically for robots as part of the international athletic competition in 2020.

“I would like to gather all of the world’s robots and aim to hold an Olympics where they compete in technical skills,” Abe said. “We want to make robots a major pillar of our economic growth strategy.”

Abe’s focus on robots for the Olympics came as part of a visit last Thursday to robot production facilities in the Japanese city of Saitama, where factories churn out robots that both assist humans and operate autonomously in a diverse array of workplaces, including daycare.

As IEEE Spectrum points out, there are already numerous robotic competitions where custom-built automatons attempt to out-think and outdo each other. These include the RoboCup, the RoboGames, and of course the DARPA Robotics Challenge. The latter event, a high-profile contest sponsored by the U.S. government’s Defense Advanced Research Projects Agency, is aimed at “develop[ing] robots capable of assisting humans in responding to natural and man-made disasters,” according to its website.

Japan has long been the robot design capital of the world, but the 2011 earthquake and tsunami that caused a serious nuclear incident at its Fukushima Daiichi nuclear power plant likely increased the Japanese government’s interest in perfecting robots that can serve as invincible first responders.

In his visits to the robot production facilities, Abe stressed the economic benefits of advanced robotics over the humanitarian aspects. “We would like to set up a council on making a robotic revolution a reality in order to aid Japan’s growth,” he said.