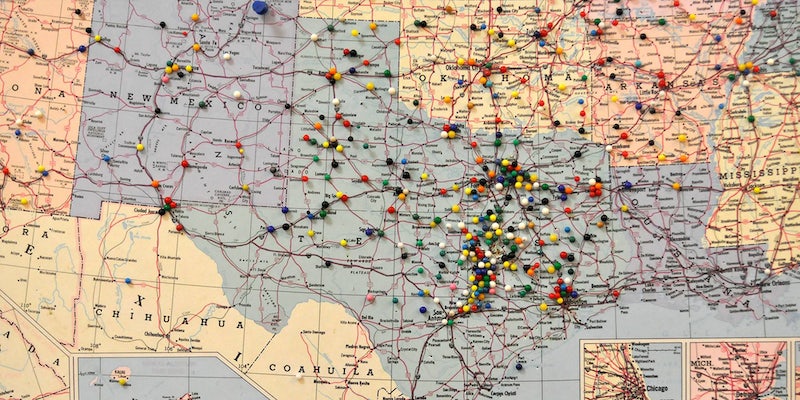 That's exactly what someone who was going to invade Texas would say.

In an official statement, the Pentagon has insisted that, contrary to Internet rumors and Chuck Norris’s warnings, it has no plans to invade Texas anytime soon.

“I’m sorry—I’m—I’m trying not to laugh,” a Department of Defense spokeswoman said when the Daily Dot requested a copy of the statement.

At question is Operation Jade Helm, a large-scale Army Special Forces training exercise. It’s recently become the subject of fervent Internet rumor, with theories ranging from basic fear that Jade Helm facilities resembled U.S. towns, to chatter concluding that this is the beginning of a takeover that will end with Americans being forced into indoctrination.

To be fair, a reportedly official Jade Helm slide includes a map of the southwestern U.S., with California, Colorado, and Nevada marked as “Permissive” and Utah and Texas as “hostile.” A representative for U.S. Army Special Relations did not respond to the Daily Dot’s request for explanation, though as the Washington Post noted, the Army has a history of making fictionalized versions of the U.S. for training missions

The Department of Defense’s official statement, attributed to Pentagon spokesman Col. Steven Warren, was broad, but insisted it was indeed a real training mission and not a precursor to a federal takeover of U.S. states. “Operation Jade Helm poses no threat to any American’s civil liberties, Warren said in the statement. “This is training that we’ve coordinated in great detail with both state and local officials in the various states that we’ll be conducting it in.”

The spokeswoman told the Daily Dot that it was a rare occurrence that Internet rumors resulted in DOD intervention.

“I can’t recall something like this,” she said, “[though] I’m sure it’s happened.”