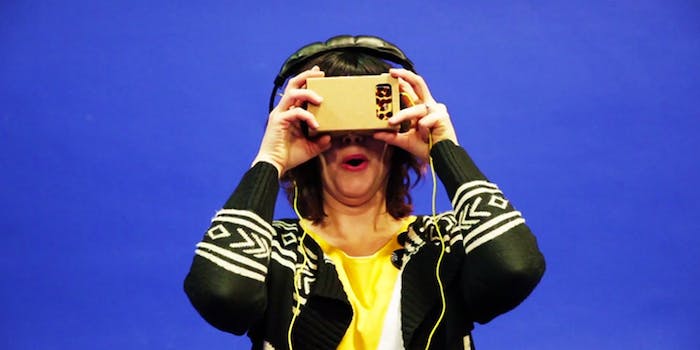 Finally, you can go to Red Rocks without leaving your couch.

If you don’t find Jack White’s music offensive and can tolerate his clownish steampunk aesthetic, then you’ll likely be happy to hear that the musician has just released a new virtual reality app.

Third-D, named after White’s Third Man Records, works on Android phones and employs the Google Cardboard virtual reality viewer to offer fans a 3D, 360-degree view of White’s live shows. As the app’s description explains, you can “listen to music mixed in Dolby Atmos to feel like you were ‘there’ for Jack’s performance” at Red Rocks and beyond, without leaving the comfort of your home.

The Third Man Records store in Nashville will also be giving tutorials on the new app on Wednesday.

As Pitchfork notes, fellow rock musician Ty Segall just debuted something similar with his upcoming EP, Mr. Face, which comes as a playable pair of 3D glasses. Not to be outdone, Sir Paul McCartney recently appeared in a video as a hologram.