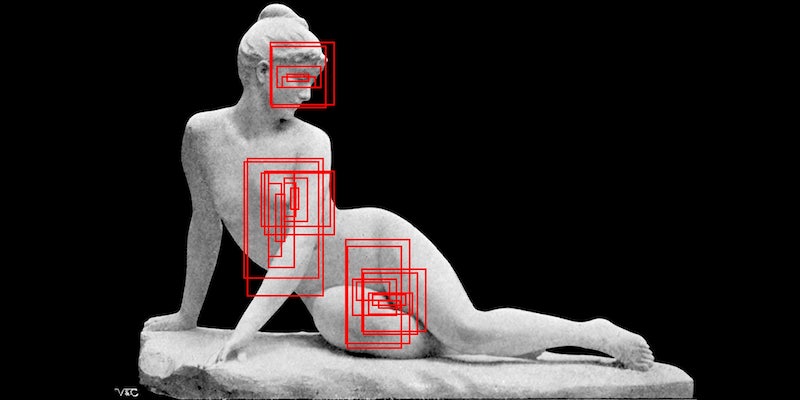 This algorithm tells you if a photo contains nudity

That's not a banana in your pocket.

Trying to figure out if the photo your dad emailed you is a porpoise or a nude selfie? Isitnude can help.

Isitnude, the purpose of which ought to be self-explanatory, comes from Algorithmia, a coding company that built it for a client needing a child-friendly site. Algorithmia’s CTO, Kenny Daniel, told Wired’s Brian Barrett that, as with many goofy online undertakings, it filled a real need that wasn’t covered by common sense.

“A customer came to us trying to run a site that needs to be kid-friendly,” he said. “We’d done quite a bit of work on image recognition. One of our engineers took some algorithms off the shelf, things like image detection, skin color detection, and then put them together.”

There are already image-recognition tools that might be able to detect nudity, but despite our increasingly justified paranoia, they are far from perfect. Some of these tools, as Barrett notes, try to identify nudity by recognizing skin, “which seems…sufficient until you realize a tight shot of, say, a hand is nothing but skin.”

So Algorithmia layered on additional filters that heightened differences in skin tone—and likely skin location. No longer do pictures of bald heads set off hurricane sirens. (Because skin tone is the central criteria for this high-tech nudity-detection machine, it doesn’t work on black-and-white photos.)

Algorithmia doesn’t store the images that pass through its algorithms. The more images it processes, of course, the better its algorithm gets.

While the company has an interesting business model—licensing its algorithm to help people keep websites clean—there are some issues.

“You can imagine the adverse effects of such an algorithm, such as someone specifically scouring the web for nude images of a particular individual,” as PetaPixel’s Michael Archambault pointed out. “The general advice, as usual, is simply not to post naked pictures of yourself online.”

Kenny Daniel told the Daily Dot that the algorithm can scour the full rainbow of the human dermic experience. He also said that it was impossible to use the system to filter for skin color, dispelling a notion that might have disturbed some people grappling with issues of race in an era saturated by surveillance.

“The algorithm does not really detect race,” he said. “It detects skin tone, which depends heavily on lighting and other factors, and is more useful for detecting nudity.”