iRobot, the creator of the Roomba, wants you to hack its new bot

So much more than a vacuum.

Remember when the Roomba was just a revolutionary vacuum cleaner stalking your late-night infomercial binge?  It simply hissed and glided from room to room, sucking up every dust particle in its path. While it’s since evolved into a mode of cat transportation, it’s also become an hackable robot for budding computer scientists and engineers.

IRobot, the company behind the Roomba, has released Create 2, a new product that takes a repurposed Roomba and turns it into a programmable robot. For better or for worse, the product doesn’t actually clean anything, but it is an update from the original Create, released in 2007, which is still used in robotics research today. In this iteration, parts have been updated to meet international standards, and includes new ones such as a drill template so users can mount different devices to the robot. 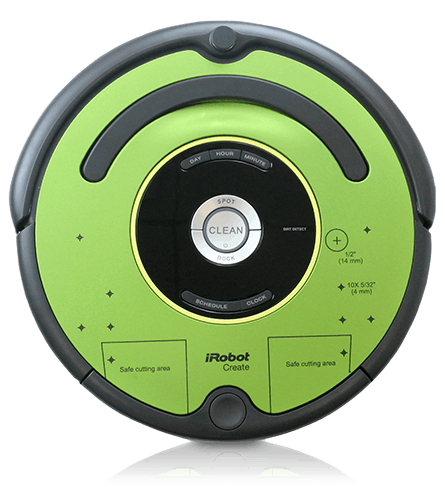 Create 2 is part of iRobot’s commitment to STEM education in the United States, and targets high school and college students who want to learn the fundamentals of robotics, engineering, and computer science.

The $200 kit comes with the minimum supplies needed to get started: the robot and cables and batteries needed to power it. What the robot does next is up to the programmer.

A section on iRobot’s website is dedicated to displaying different project tutorials for turning a Create 2 into a portable music player, or a place to mount a video camera, or a light source for easy photography. As users come up with other functions for Create 2, they can post their projects online for others to see. The site also includes files for 3D-printable items that can easily be attached to the robot.

IRobot CEO Colin Angle told IEEE Spectrum that seeing the challenges people come across while printing will give the company an idea of how to improve its own technologies.

“Where it’s going is that robots could one day be software,” Angle said. “You could go to the store and buy a box of parts and some files that you’d print out, and that would become your robot. Talk about disrupting the robot industry: when physical robots become software, it’s going to be quite interesting.”