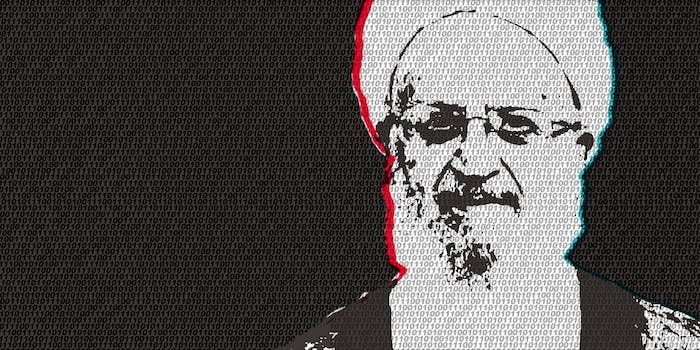 How do you justify the vast surveillance, censorship, and poor quality of the Iranian Internet?

Shirazi further asserts that Iran’s Supreme Council of Cyberspace should do more to prevent access to “negative features” of the Web like anti-Islamic movies or pornography.

“Authorities should not merely think about the financial earnings of this program, and consider it as a type of religious intellectualism and academic freedom,” Makarem Shirazi wrote on his website.

The statement came in response to Iranian online activists—specifically, activists who are against a free Internet—about the country’s Ministry of Communication handing out more and more high-speed Internet licenses to the nation’s service providers.

Shirazi agreed with the activists despite the fact that the number of high speed mobile service providers in Iran just tripled (from one to three) in recent weeks.

The activists warned against “immoral movies and photos” that they believe would hurt Islamic family values and enable spying against the Iranian state.

Iranian president Hassan Rohani, the chairman of the Supreme Council of Cyberspace, has signaled that it is long past time for his country to embrace a more free Internet.

“We ought to see [the Internet] as an opportunity. We must recognise our citizens’ right to connect to the World Wide Web,” Rouhani said earlier this year to the state-sponsored IRNA news agency.

Following the widely condemned crackdown against Internet freedom during the contested Iranian election of 2009, Rouhani has pointed to the Internet as a necessary tool for development, a sentiment opposed by more conservative voices in his country.

During his successful 2013 campaign for the presidency, Rouhani took direct aim at those criticizing high-speed Internet.

“The current Internet bandwidth [available] is not what the Iranian people deserve,” he said. “Today we live in a world of communication. Unfortunately, however, some people think they are living in the 19th century.”

Internet activism and social networks played a significant role in his election victory.